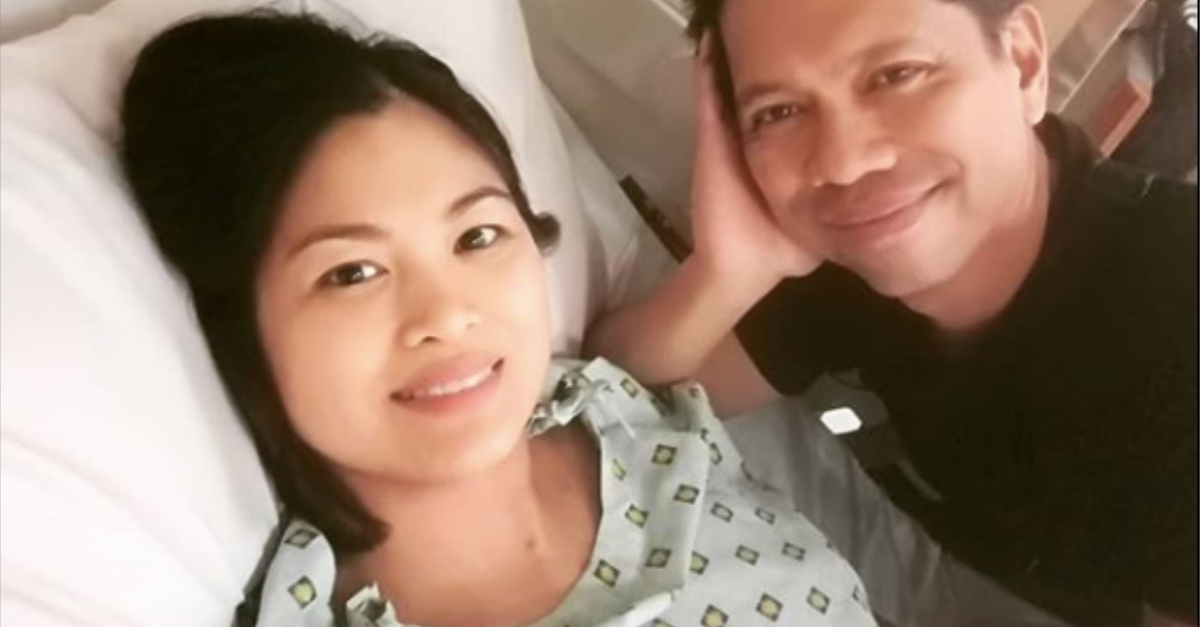 The TV host, 43, announced early this morning, Feb. 17, that she underwent an emergency Caesarean section at the Asian Hospital and Medical Center in Muntinlupa to deliver baby Elijah.

“He weighed 4 lbs. 7oz., cried heartily, had an Apgar score of 10 and has a perfect latch. Glory to God for answered prayers!” she wrote.

With a high-risk pregnancy, Quiambao was admitted to the hospital earlier this week as she was expected to go into labor soon even if she was only 34 weeks pregnant.

Roberto announced last Saturday, Feb. 9 on Facebook that his wife could have an emergency CS because Quiambao’s placenta was so thick that blood for the baby was being obstructed.

The couple’s first child together comes after attempts to have a baby since marrying in 2014. Quiambao and Roberto have a son, Joshy, whom Roberto adopted with his late wife Tingting. JB

Miriam Quiambao expected to give birth a month earlier