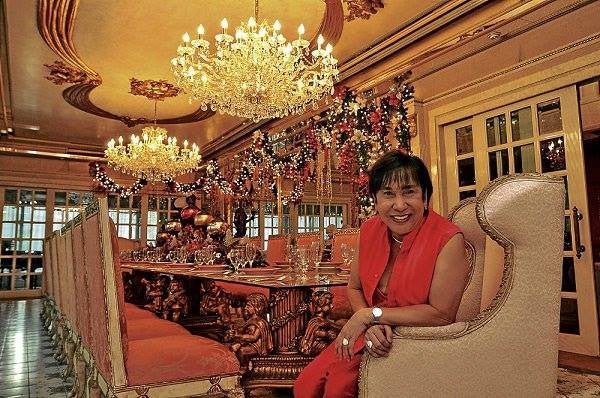 Celebrity hairstylist Ricky Reyes, who is considered by many as a gay icon, recently made known his stance on the Lesbian, Gay, Bisexual and Transgender (LGBT) community and the Sexual Orientation and Gender Identity and Expression Equality Bill (Sogie Bill).

Reyes was captured in a video telling reporters that he was asked to represent the LGBT community for President Rodrigo Duterte, but he did not see the point of it. The video was uploaded on YouTube by a certain Timmy Basil on Sept. 8 and was shared by Facebook page The Scoop on Sept. 9.

(What for? For what? How many Presidents have I helped? [Duterte] is already the sixth, so why do I still need to [represent the] LGBT [community]? This year, I gathered the LGBT, all of them, and I told them to stop all this gayness. Do not crossdress anymore because we just get laughed at all the more, ok?)

Reyes added that what they must do is to help other people so they would be loved. He also said that the oppression of the LGBT community should be kept to themselves:

(The oppression of gay people should be kept within the sphere of gay people. We should not display it to other people. Why should we tell all the rest of other people, “Hey, understand me, I am gay.” Hold it right there.)

Reyes was also asked if he supports the rights of the LGBT community and the Sogie Bill, which is a hot topic as of late. It can be remembered that trans woman Gretchen Custodio Diez’s case became viral in August after she was discriminated against by a janitress and arrested while trying to use a female toilet at Farmers Plaza in Quezon City.

(Just let it be. Gay is gay. Whatever you do, if you are gay, write that down, you are gay. Whether you grind that down, it will still turn out as gay, a gay hamburger.)

Reyes also does not believe in same-sex marriage. According to him, marriage should be between a man and a woman only.

(Marriage is only for a man and woman. There is such a thing as sacrilege in Catholicism. Disrespect of a religion. Do not bother. Let us leave marriages to women and men, right? If you want a union, then have a union.)

Reyes cited his own long-term relationship, which has lasted for more than 40 years, as an example:

(Look at me, I am in a relationship for 40-plus years, but we do not go out of our way to say we need to get married, no more. We have a saying, you never, never rock the boat if it is not broken. If it is okay, then go on. Why must we insist on something when nothing is wrong anyway? We are just messing up the world.) Cody Cepeda/JB