Kathryn on Daniel and Alden: They’re so different, but I love them both 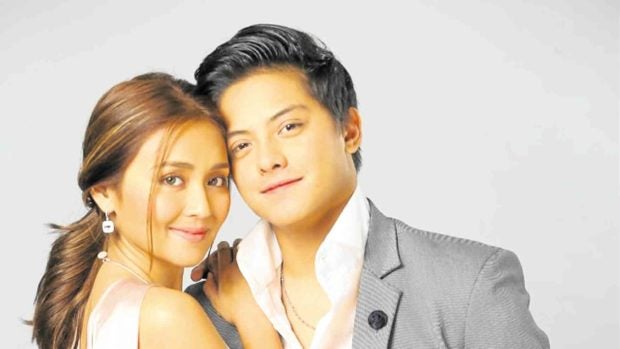 Change can be scary, Kathryn Bernardo admitted, but necessary in life for “us to learn and grow as a person.”

And career-wise, there’s perhaps no change bigger for the ABS-CBN star than doing a movie without her boyfriend, Daniel Padilla, as her leading man.

“It was my first team-up with another partner, a movie without DJ,” she said of doing the box-office hit “Hello, Love, Goodbye,” in which she was paired with GMA 7’s Alden Richards. “It was a struggle. Before saying yes to the project, I had to consider everyone, including my fans, because I didn’t want them to feel like I left them hanging.”

“I was scared to fail and meet everyone’s expectations,” Kathryn told reporters at a recent forum hosted by the face care brand Pond’s for its female empowerment campaign “#SeeWhatHappens.”

But the 23-year-old star promised herself that 2019 would be a year of growth. So, despite her hesitation, she took that “big step” and ventured out of her comfort zone. It paid off: “Hello” is now the highest-grossing Filipino film.

“I’m proud of myself for everything that’s happening right now. Had I said no to this opportunity, it probably would have been the biggest regret of my life,” she surmised.

Asked to compare the difference of working with Daniel and Alden, she said: “Alden is different when he’s doing comedy and drama. DJ is also different. Sobrang malayo sila, but I love them both.” 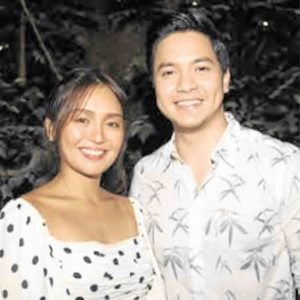 The open-ended conclusion of “Hello” sparked speculations that there will be a sequel. Are there talks already?

“There are lots of possibilities, but it’s too early to tell if there will be a part two, or if they would allow us. There are no talks yet—that’s going to be a long process,” she pointed out. “But let’s see.”

Meanwhile, Kathryn said she’s excited to attend the coming Filipiniana-themed ABS-CBN ball, where she will wear a Michael Cinco creation. Daniel will be her date, of course. But will she be inviting Alden over?

“He told me that he would like to go. I’m just not sure if he will be allowed,” she related. “But if ever, he will be very much welcome.”