The first trailer for “Terminator: Dark Fate”, the sixth chapter of the saga, was released on YouTube last Thursday, Aug. 29. 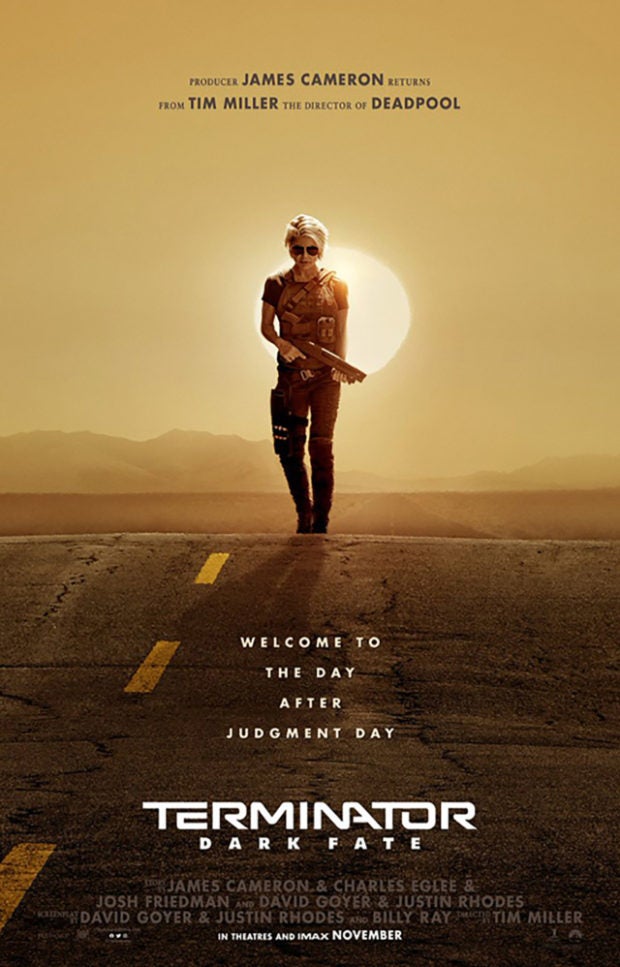 While the last opus in the series, the Alan Taylor-directed “Terminator Genisys”, came out in 2015, it picked up where the previous chapter “Terminator 2: Judgment Day” left off — way back in 1991.

Franchise originator James Cameron, who directed both existing installments, is back as screenwriter and producer of the new film while “Deadpool” filmmaker Tim Miller has been chosen to direct.

The trailer for “Terminator: Dark Fate” stays true to the franchise as it serves up action, conflict and things blowing up. Fans will be further delighted by the return of Linda Hamilton as Sarah Connor, with Arnold Schwarzenegger coming back to complete the iconic duo that will assist Dani Ramos (Natalia Reyes) in defeating a new Terminator out to kill her.

LOOK: Linda Hamilton back in action in sneak peek of new ‘Terminator’ movie