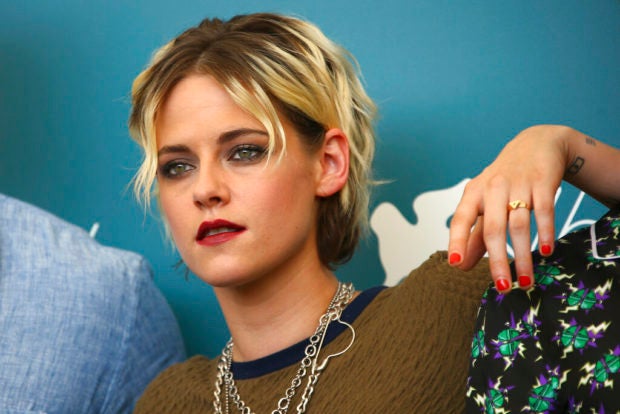 Actress Kristen Stewart poses for photographers at the photo call for the film “Seberg” at the 76th edition of the Venice Film Festival in Venice, Italy, Friday, Aug. 30, 2019. Image: Joel C Ryan/Invision/AP

The picture of the waif with the pixie haircut and the New York Herald Tribune shirt embodied the effortless chic associated with the ingénues of the French New Wave. But behind the haircut and her improbable ascent from obscurity to Hollywood stardom at age 17, there was a woman who was a passionate advocate for civil rights, surveilled by the FBI for years, driven to madness and who died well before her time.

It was a story that Stewart was keen to learn about and share with the world in with her portrayal of the “Breathless” actress in “Seberg,” which premiered Friday at the 76th Venice Film Festival on the 40th anniversary of her death.

“Dismantling that (image) and seeing the unraveling of a woman is such a cool story to watch right now,” Stewart said in a news conference. “To sacrifice something you really love for other people is a really admirable thing to see.”

She described Seberg’s story as “tragic for all the right reasons” and her subject as a “compassionate humanitarian in a time when people didn’t want to stomach that.”

“We should definitely know her for more than the short haircut,” Stewart said.

Director Benedict Andrews had a similar revelation about Seberg and described the film as an “American tragedy of a luminous life destroyed by an oppressive surveillance story.”

“Seberg,” which was in the works for over 15 years, explores the FBI’s surveillance program targeting Seberg in the late 1960s for her association with civil rights activist Hakim Jamal, played by actor Anthony Mackie.

Andrews’ goal was for the audience to “get to know her through the gaze of the FBI.” It co-stars Zazie Beetz and Jack O’Connell and will be released by Amazon Studios at an unspecified date.

“Seberg,” which will also be making a stop at the Toronto International Film Festival next week, marks the beginning of a busy stretch for Stewart, who after years of favoring smaller indies, has two bigger budget endeavors coming soon to theaters: “Charlie’s Angels,” on Nov. 15, and “Underwater,” on Jan. 9.

When asked if she was more ready for fame than she was after “Twilight,” Stewart responded: “I’m ready for all of it.” NVG