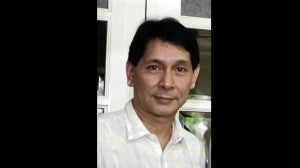 HATOL. Everybody needs to work much harder. FILE PHOTO

Most of the time, when it comes to “child-friendly” television, it’s the adult “experts” who have a lot to say on the subject, while the opinions of young viewers are generally ignored. They’re “just kids,” therefore they don’t really know what’s good or bad for them that seems to be the blithe principle at work.

Last week, however, the National Council for Children’s Television (NCCT), chaired by Mag Cruz Hatol, changed the conversation and debate in a key way by asking the “experts” to stop talking for a while, and listen to a group of children from all over the country, as they evaluated a number of shows from their youthful perspective.

Yes, they were still occasionally “immature” and even “self-serving” (“we’re just kids, we want more cartoons!”). But, they were also sometimes mature and perceptive, far from the silly or aw-shucks opinions that some members of the SRO audience may have been expecting. If those kids are the future of the fatherland, we have nothing to fear!

To be sure, some of the juvenile respondents came up with “politically correct” and even memorized responses—but, the majority spoke from the mind and heart, and made us realize that there’s so much work to be done on local TV by way of truly child-friendly shows, if the industry is to serve its young viewership as it deserves to be responsibly entertained, informed and inspired.

In this regard, it was disturbing to realize that many good shows for kids are no longer being produced! In their place are more “popular” programs that actually demean and exploit children, while laughing all the way to the bank.

Many channels aren’t even following the letter of the law, let alone its spirit, when it comes to good programming for children, so everybody needs to work much harder, because nothing less than the country’s future is at stake.

The recent dialogue sponsored by the NCCT  is only the first step in effecting industry-wide reforms that will redound to the good of the country’s millions of young viewers. It’s reassuring to note that the new board of trustees of the National Commission for Children’s Television is made up of well-regarded, truly prochild thinkers and doers whose hearts have been proven to be in the right place: Chair Mag Cruz Hatol, Dr. Ma. Lourdes Carandang, Dr. Cristina Lim-Yuson, professor Carla Pacis and Dr. Luis P. Gatmaitan.

Indeed, the task assigned to the NCCT is so huge and difficult that only the best minds and hearts can effect the major changes needed. But, if it maintains its focus on what our young viewers need and deserve, and keeps listening to their opinions in this regard, it has a better chance of succeeding where many others have failed.