NEW YORK – Eddie Murphy will be returning to a place that helped launch his career — “Saturday Night Live.” 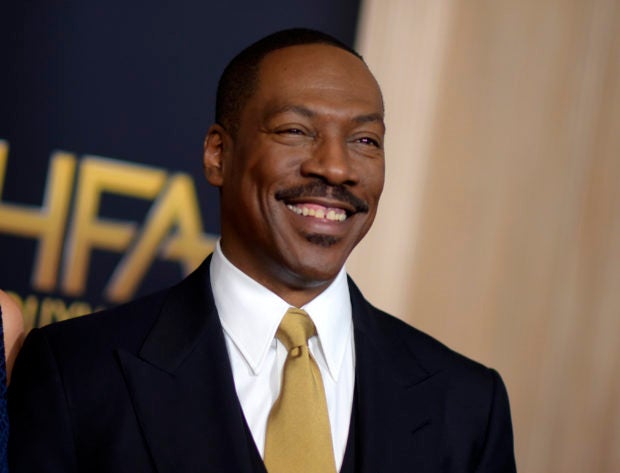 The comedian will be the host of the sketch comedy show on Dec. 21, marking the former cast member’s first hosting appearance since 1984.

Murphy was a cast member from 1980 to 1984, starring in such landmark sketches as “Mr. Robinson’s Neighborhood” and as Gumby, Buckwheat and Stevie Wonder.

He went on to star in numerous films, including “The Nutty Professor,” Bowfinger,” ”Beverly Hills Cop” and “Coming to America.”

Others planned to grace the show this season include Phoebe Waller-Bridge, Taylor Swift, David Harbour, Camila Cabello and Kristen Stewart./gsg

Read Next
3rd installment of ‘Fallen’ franchise well aware of its reason for being–and stands by it
EDITORS' PICK
Abalos vows to fill jails with drug pushers
vivo’s coming to town to grant wishes with more holiday promos
BuCor eyes building national prisons in all 17 PH regions
No RITM layoffs amid push for new center
The Best Tech Gifts For The 2022 Holidays
House energy committee chair Arroyo bats for cheap electricity
MOST READ
LOOK: Vhong Navarro transferred to BJMP detention facility in Taguig
The Elephant Man in the Senate
Posh village as ‘shabu’ haven
LOOK: Zanjoe Marudo bonds with Ria Atayde, her family
Don't miss out on the latest news and information.