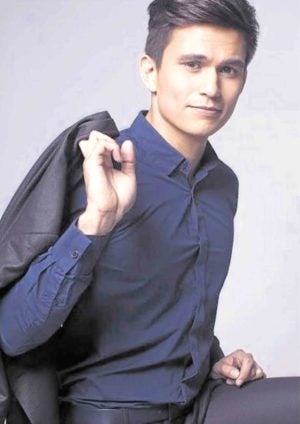 Already an Instagram and Twitter user for years, actor-artist Tom Rodriguez was game for trying something different online. He recently started a YouTube channel—something he’s been mulling for some time—with the help of his young relatives.

The former “Dragon Lady” actor added, “Please let me know what kind of content you all would like to see!”

In his “about” page, the Kapuso talent described himself as “Makulit pero mabait.” The channel, named after himself—or, more specifically, his stage name (Tom Rodriguez)—currently has three videos.

Next is “Late Night Imagination Sketching,” running at four minutes and two seconds, showing his process of illustrating a collage of male faces using a tablet and stylus. The black-and-white digital drawings were made when he was “still jet-lagged and trying to fall asleep.”

Lastly, “Tom Rodriguez Sketches 000” features his illustration of a female face, which is given depth using gray tone effects. Tom wrote that he “managed to sneak [drawing] into my LAX (Los Angeles International Airport) to Manila flight.”

Tom has over 900 subscribers so far, and has a playlist of seven of his liked videos, which include his TV appearances with girlfriend Carla Abellana, as well as some of the actress’ recent vlogs from her official channel. —OLIVER PULUMBARIT

TAGS: Did you Know?, Tom Rodriguez