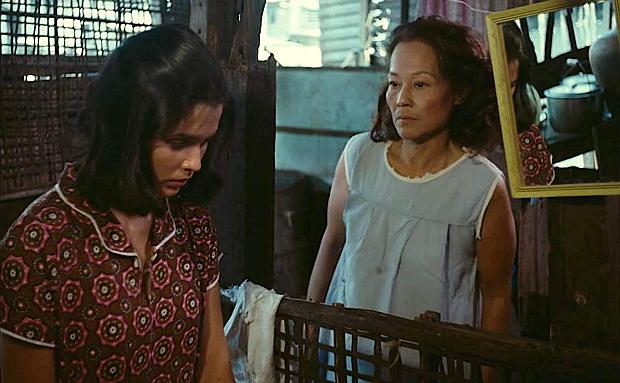 Mona Lisa (right) appeared with Hilda Koronel in the 1976 movie “Insiang,” which was directed by Lino Brocka.

MANILA, Philippines — Veteran actress Mona Lisa died peacefully in her sleep at 1:14 p.m. on Sunday, Aug. 25, in her house in BF Homes, Parañaque. This was announced by her daughters Evangeline Bocobo and Kathleen Guinto after finding her lifeless in her bed after lunch. She was 97.

The acting icon, celebrated for her portrayals in Lino Brocka masterpieces like “Insiang” and “Cain at Abel,” has been bedridden since 2016. Bocobo said her mother has refused to eat since Aug. 22.

Particularly saddened by the seasoned actress’ passing is Mona Lisa’s granddaughter, actress-singer Celine Fabie, who has followed in her grandmother’s footsteps. Fabie was in Davao City for a concert with the Ryan Cayabyab Singers, of which she’s a member, when the veteran actress passed away.

Fabie, who is slated to play the lead role in the revival of the stage musical “Himala: Isang Musikal” starting Sept. 20, wrote her grandmother’s award-winning biography “Mona Lisa: A Portrait (From the Memoirs of a Grandmother),” published in 2013.

“Other than her Alzheimer’s disease, it has been particularly difficult for my lola ever since she became bedridden three years ago,” Fabie told the Inquirer in a phone interview. “It was hard to see her struggle; there was no quality of life anymore.” 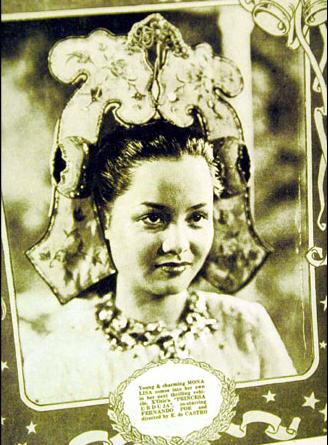 Mona Lisa in the title role of the 1942 movie “Prinsessa Urduja.”

Fabie’s mom, Evangeline Bocobo, a former flight attendant, has been taking care of the veteran actress until her sister Kathleen came home from the United States in July.

“Her eldest son with director Marvin Gardner, Ed Gardner, is deceased,” Fabie said. “Allan Poe, lola’s son with Fernando Poe Sr., is in California. Her sons with her late husband Abelardo Guinto, Abelard and Marlon Guinto, are in London and Maryland, respectively.

The actress, Gloria Yatco Guinto in real life, is considered one the country’s top character actresses. She turned 97 on June 22.

Known initially by her first movie moniker Fleur de Lis before and during World War II, she began her acting career in the 1930s and appeared in her first film, Carlos Padilla Sr.’s “Ang Pagbabalik,” with Armando Cris, Gerardo de Leon, Lucita Goyena and Angel Esmeralda. After the war, she changed her name to Mona Lisa.

She was last seen in a lead role in Nick Deocampo’s 1998 film, “Mother Ignacia, Ang Uliran.”

Public viewing of her remains starts on Monday, Aug. 26, at 6 p.m. Interment will be at Loyola Memorial Park at 3 p.m. on Aug. 30 in Parañaque City.