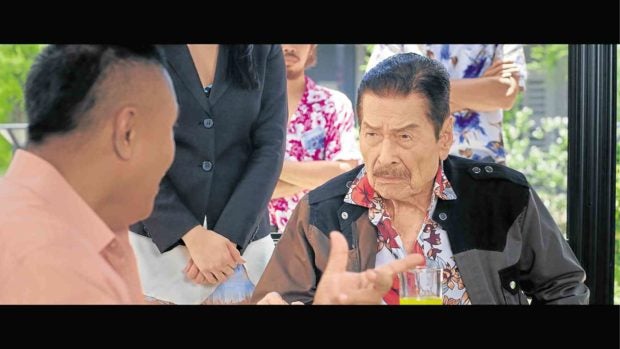 For Janno Gibbs, Dennis Padilla and Andrew E, working with Eddie Garcia in what turned out to be the show biz icon’s final movie was a bittersweet privilege.

“I’m having mixed emotions. Happy because I was able to do another movie with him after 17 years; sad because it was also our last. Tito Eddie is a friend and also one of my eldest child’s godfathers,” Andrew E told the Inquirer at a press conference for the comedy flick “Sanggano, Sanggago’t Sanggwapo,” which opens in cinemas on Sept. 4.

Until the very end, the rapper-actor recalled, Eddie was the epitome of “sterling professionalism.”

“Even if the scene being shot doesn’t involve him, he would still watch it. Of course, we wanted him to feel comfortable all the time, so we would ask him to sit down and take it easy. But he always insisted on standing,” related Andrew E, who also starred alongside Eddie in the 2002 movie, “D’Uragons.”

“Working with him was monumental,” he added. “We learned so much from the man—the icon.”

The late actor was as quick-witted as ever, too. “One shooting day, I packed up at 5 a.m.; Tito Eddie finished about an hour earlier. We chatted for a bit and asked him, ‘Wala po ba kayong cutoff?’ And he quipped, ‘Bakit, pagod ka na ba?’” Dennis told the Inquirer. “Imagine, it was him asking me that question!”

Directed by Al Tantay, “Sanggano” is a reunion project for the three comedians, who were dubbed the “gamols” back in the ’90s. Janno, Dennis and Andrew E play troubled friends—Johnny, Dondon and Andy, respectively—who are thrust into a life of affluence, after Johnny finds out that he’s actually the son and heir to a dead tycoon. 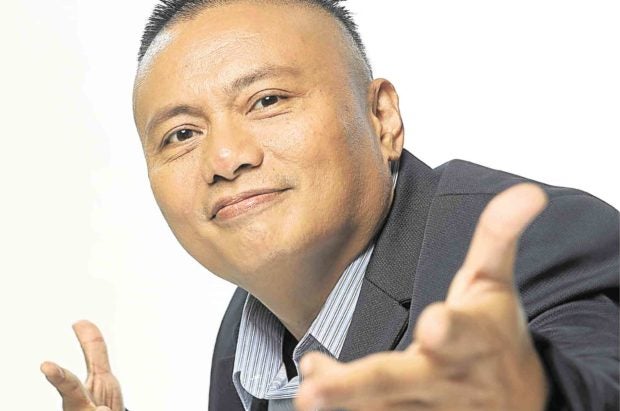 Eddie, on the other hand, is the villain, Mr. Russell—a land developer bent on getting Johnny’s hacienda and turning it into a casino complex.

Last June 5, the four spent the day together and shot crucial action set pieces for the movie. Three days later, Eddie figured in that fateful accident while shooting for another show.

“The last day with him was a long one. We did a lot of big action scenes. And in between, we would stay in the holding room together, chatting and laughing. Of course, we didn’t know what was about to happen. It was bittersweet,” said Janno, who did a sitcom titled “Si Manoy at Si Mokong” with Eddie in 1997.

“Our last night was lots of fun. Dennis was telling stories and firing one joke after another, and Tito Eddie was lapping them up,” Andrew E added. “I have never seen him laugh and enjoy himself that much. Had I known [it would be our last time together], I would have recorded those moments.” 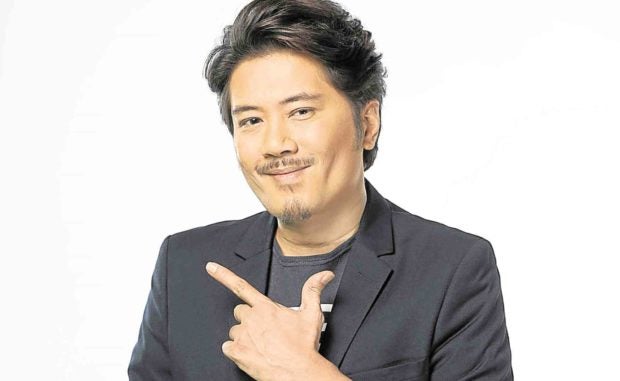 “Sanggano” feels like a throwback to 1990s comedy—slapstick, punchline-based and with a dose of double entendres. “It was how comedy was back then. There was no long setups for jokes. The punchlines are snappy,” Andrew E observed.

“It has been a long time since we have had this kind of film—it’s mostly romantic-comedies these days, and I think some people miss this kind of comedy… We wanted to have fun,” added Janno, who compared working with Dennis and Andrew E to a “high school reunion.”

“That’s how it felt like. The chemistry is still there,” he said. “We just move slower!”