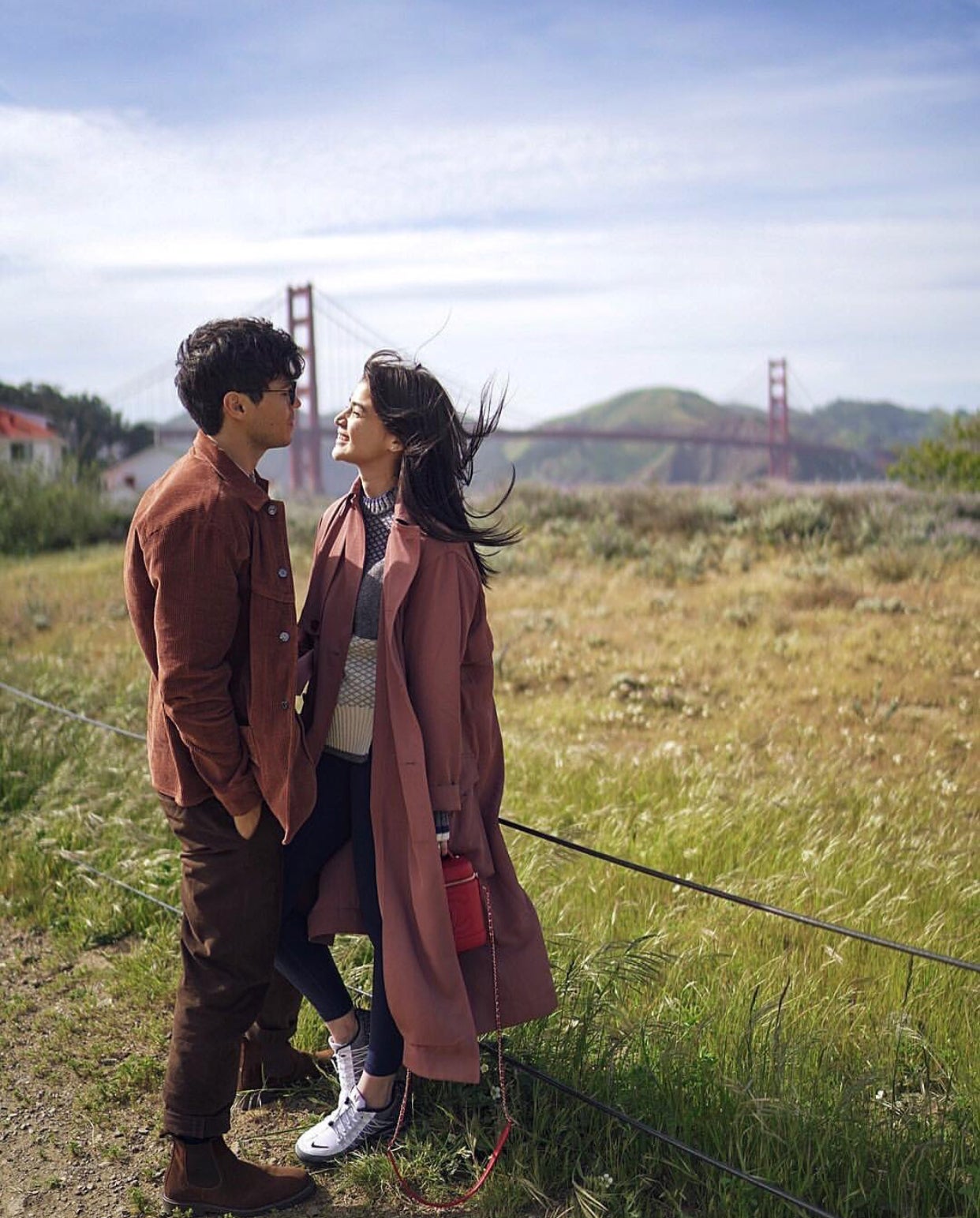 MANILA, Philippines — Erwan Heussaff called out netizens commenting about wife actress Anne Curtis doing love scenes, saying no one would have a problem with the role if it was portrayed by a married man.

“Let’s not be sexist people, if this was a married guy actor doing love scenes, no one would have any issue with it,” Heussaff said Tuesday night on Curtis’ Instagram photo of her movie “Just A Stranger” with Marco Gumabao. 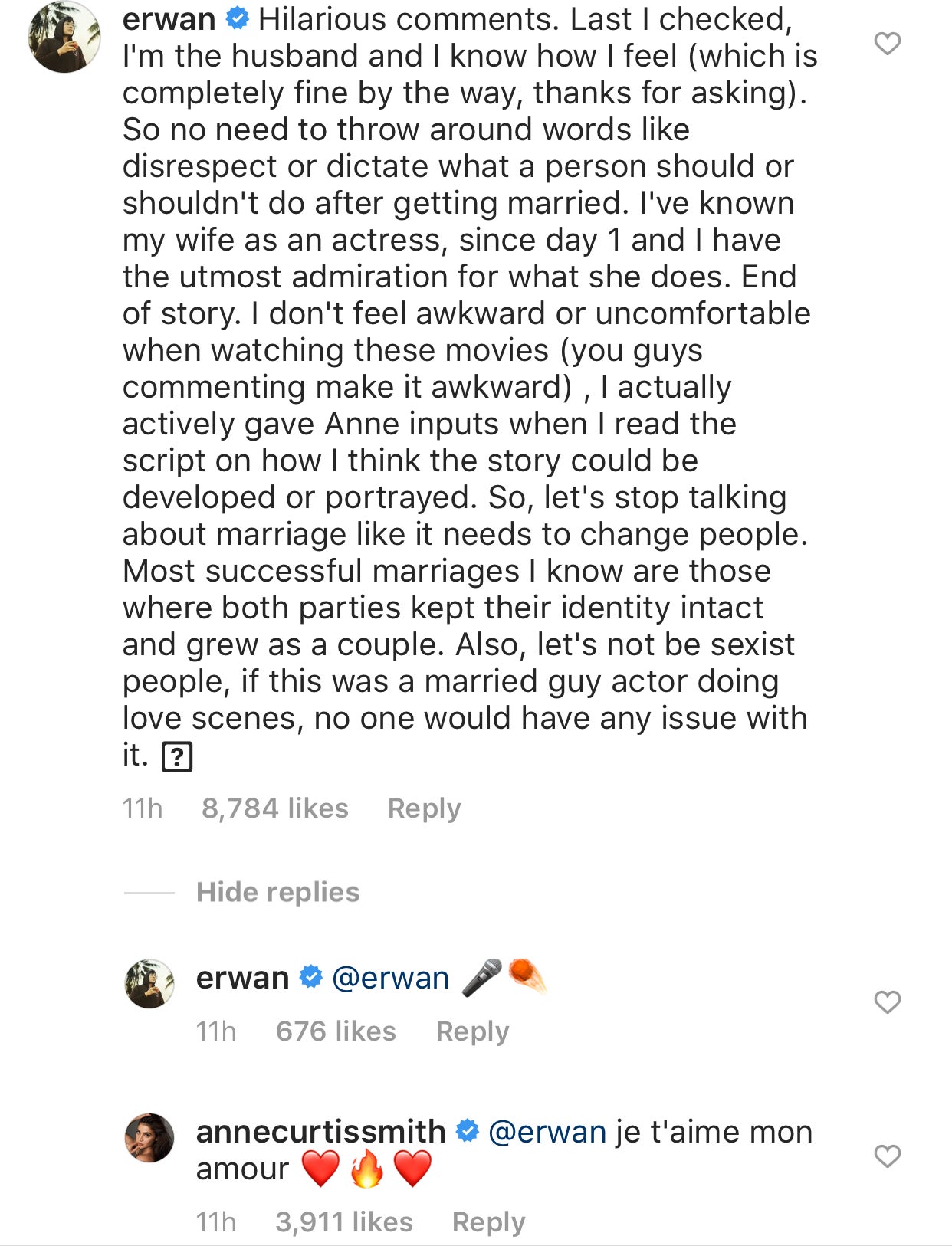 Some comments on the post said Curtis should avoid such scenes given that she is already married.
“Awkward na tignan ms.anne parang you should avoid scenes like this since youre married already,” one comment from a netizen read.

The vlogger and restaurateur, however, stressed people should not dictate what a person must do after marriage.

“Hilarious comments. Last I checked, I’m the husband and I know how I feel (which is completely fine by the way, thanks for asking). So no need to throw around words like disrespect or dictate what a person should or shouldn’t do after getting married,” Heussaff said.

Heussaff was in fact supportive of Curtis while doing the film to the point where he actively expressed his opinion after reading its script.

“I’ve known my wife as an actress since day 1 and I have the utmost admiration for what she does. End of story. I don’t feel awkward or uncomfortable when watching these movies (you guys commenting make it awkward),” Heussaff said.

He continued, “I actually actively gave Anne inputs when I read the script on how I think the story could be developed or portrayed.”

Heussaff ended his post by urging people not to take marriage “like it needs to change people.”

“Most successful marriages I know are those where both parties kept their identity intact and grew as a couple,” he pointed out.

“Just A Stranger,” which premiered Wednesday Aug. 21, follows the story of two strangers who start an affair despite being in committed relationships. /jpv