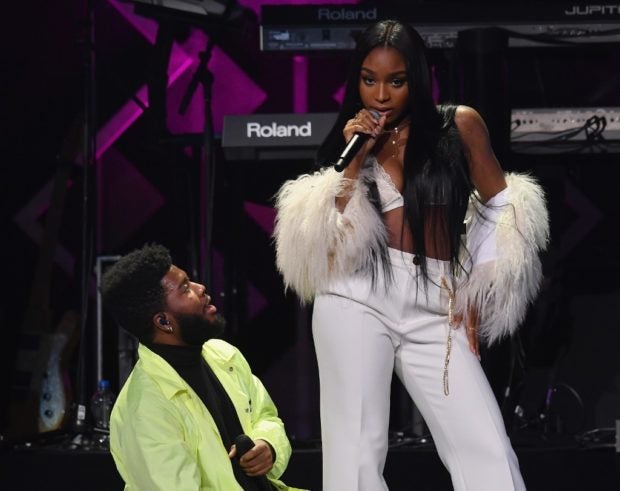 In addition to Grande, the feel-good song was written in collaboration with Ilya Salmanzadeh, Savan Kotecha and Max Martin.

In “Motivation”, Normani finds solace with a new romantic interest.

“I’ma break you off, let me be your motivation/ To  stay and give it tonight/ And‚  baby‚ turn around‚ let me give you innovation, hey/ ‘Cause I do it so right,” she sings over a catchy beat.

The 23-year-old musician also unveiled the accompanying music video, which opens on Normani as a child watching the TV show “106 & Park”.

The visual then features an elaborate choreography in which the songstress leads an all-female group of dancers.

In a recent interview with Rolling Stone, Normani shared details about her collaboration with Grande, with whom she spent much of the year touring.

“She has been very supportive of me too. I talk to her about the creative process. I am like, ‘When did you know your album was done.’ She was just like, ‘Honestly, you will know. Nobody will have to tell you. You will feel it.’ She is dope. She also has a part in the record that I am releasing, too,” she said.

“Motivation” is set to appear on Normani’s upcoming debut solo album, which will be released at a yet-unknown date.

Although details about the record are still scarce, it will likely feature the previously-issued “Love Lies” with Khalid, the 6lack-assisted “Waves” and “Dancing With a Stranger” featuring Sam Smith. HM/JB