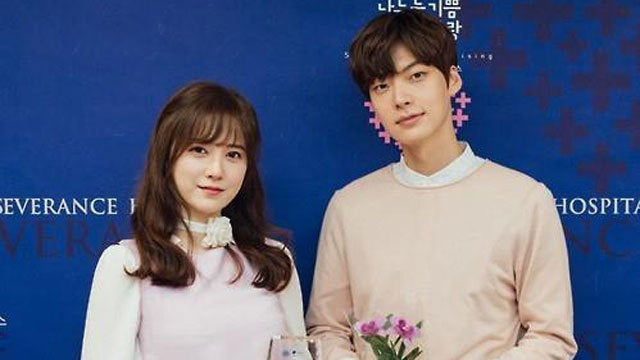 Actress Ku Hye-sun and actor Ahn Jae-hyun could become yet another high-profile Korean couple whose marriage ends in divorce.

On Sunday, the actress shared a post that hinted at the end of her marriage with Ahn. In the post that included a private message with Ahn, Ku wrote that she had lost faith in her husband.

HB Entertainment, which represents both Ku and Ahn, announced Sunday that the two have agreed to start divorce proceedings.

However, Ku has refuted the statement, saying she has not come to an agreement with Ahn yet.

Ku and Ahn met while starring on the vampire drama “Blood.” They began dating in 2015 and got married the following year. They took part in the reality show “Newlywed Diary,” which featured their married life.