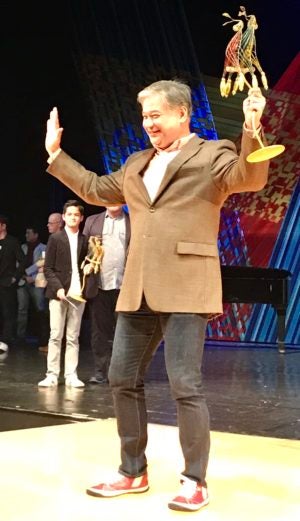 Ricky Davao, who portrays a mayor preying on young boys in the controversial indie film “F**cbois,” claimed to have different “pegs” for his character.

“I have several, and they’re all denying that they’re like him, including a director-friend of mine,” Ricky told the Inquirer, laughing.

“However, the film isn’t just about sex, but also about what’s happening in society today,” he pointed out.
“F**cbois,” a suspense drama about two boys who dream of becoming famous actors, also bagged the best director prize for Eduardo Roy Jr.

“I got to watch Edong’s (Roy’s nickname) ‘Pamilya Ordinaryo,’ that’s why I said yes right away to being in his next Cinemalaya film. While I was reading the material, I saw that the story is very simple, that everything happens in just one day, but that there are ‘delicate’ scenes,” Ricky shared with the Inquirer shortly after the awards ceremony held at the Main Theater of the Cultural Center of the Philippines, the venue of the annual weeklong indie fete.

“As a director, Edong is just chill, no pressure. He’s even respectful and calls me Sir Ricky. The film seems to be all in his head. I would review the scenes on the monitor after each take, and get amazed by how the story unfolded each time. The film, after all, is not as simple as it appears.” 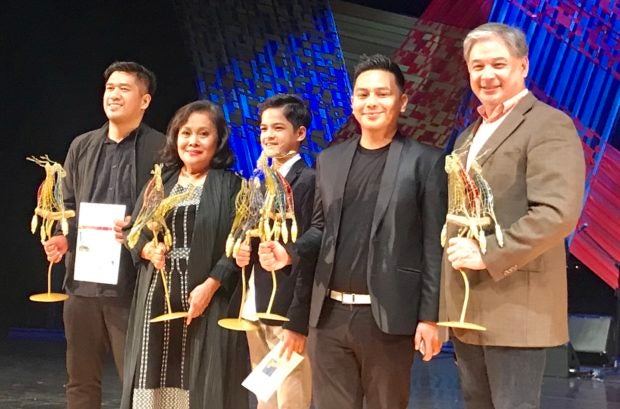 “The young people who got to watch ‘Iska’ at the CCP were already congratulating me. They said they were sure I’d win best actress. Knowing that they liked my performance was already enough for me,” Ruby told the Inquirer. “Now, I realized that being recognized by the jury was also something else. I’m happy, mostly for those who cheered for me, those I don’t know but were touched by how I portrayed Iska. This award is for them.”

But this year’s biggest winner was Arden Rod Condez’s “John Denver Trending,” which won the festival’s best picture, as well as the Netpac (Network for the Promotion of Asian Cinema) award. It also copped the best original musical score for Len Calvo, best editing for Benjo Ferrer III, and best cinematography for Rommel Sales.

First-time thespian Jansen Magpusao took home the best actor honor for his role as a bullied high school kid named John Denver. Asked what lesson could be picked up from watching his film, the 15-year-old Jansen told the Inquirer: “Don’t be too hasty in judging other people. Find out the truth about what happened first before posting anything against another person.” 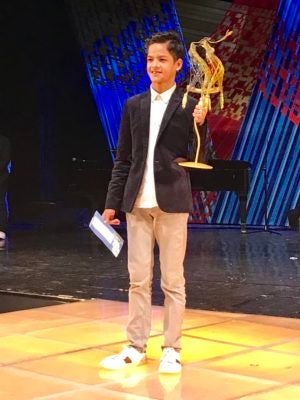 “Edward,” about a teenage boy who is left to take care of his ill father at a busy public hospital, also won the best production design award for Alvin Francisco.

The special jury award was given to Shaira Advincula’s “Tembong.” The Netpac award was handed to Glen Lowel Averia’s “Disconnection Notice.” Meanwhile, a Netpac citation was also given to the film, “Sa Among Agwat.”