‘The Boys’: A first image from season 2 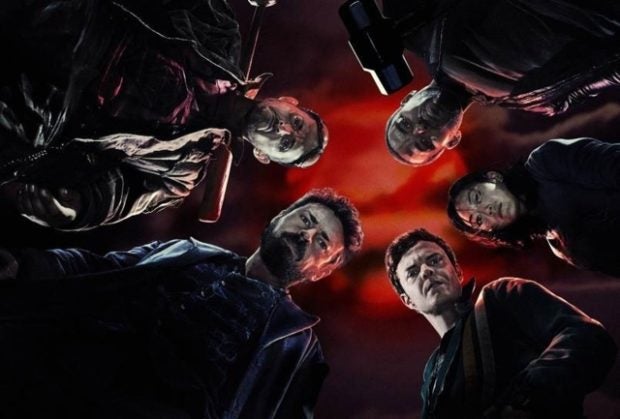 The superheroes from “The Boys” are already back to work for Amazon Prime Video. Just two weeks after its release on the American giant’s streaming platform, showrunner Eric Kripke shared the first image from the shoot of the new season of the irreverent series via his Twitter account.

In the picture, Kripke appears in the center surrounded by actors Tomer Kapon, who plays Frenchie, Karen Fukuhara, who plays Kimiko, Jack Quaid in the role of Hughie and Laz Alonso as Marvin. Covered in blood, the actors are giving the finger to the camera in keeping with the impertinent spirit of the series.

A small token for #TheBoysTV fans. World's first pic of #Season2. As you can see, we're up to our old tricks. If you haven't seen, JOIN US. Streaming now on @PrimeVideo @TheBoysTV #TheBoys #SPN #SPNFamily #Timeless pic.twitter.com/3z29mVBfNl

Currently being filmed, the second season of “The Boys” was announced on July 22, even before the first season debuted on July 26 on the streaming site. Based on the comics of the same title by Garth Ennis, the new Amazon Prime Video series follows a group of superheroes called the Seven who, unlike classic superheroes, are egotistical, greedy and even cruel. This group is confronted by “The Boys” who have no superpowers but do all they can to reveal the true face of these “heroes” to the world.

While Aya Cash was announced as a new cast member during last month’s Comic-Con event, no image has yet been revealed of the actress best known for her role as Gretchen in the series “You’re the Worst”. She will star as the superheroine Stormfront.

Created by Seth Rogen, Evan Goldberg (“Preacher”) and Eric Kripke (“Supernatural”), the series brings together Karl Urban (“Star Trek”), Antony Starr (“Banshee”), Chace Crawford (“Gossip Girl”) and Erin Moriarty (“Jessica Jones”). The first season consists of eight episodes, for the time being, it has not been indicated when the second season will hit viewers’ screens. HM/JB