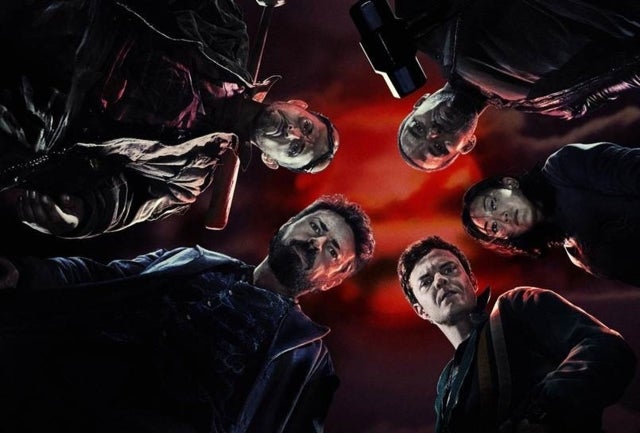 Amazon Prime Video has shared a new trailer for its latest irreverent and original series. With “The Boys,” Amazon Prime subscribers will follow a group of humans as they take on superheroes gone bad.

A far cry from noble do-gooders like Superman, Batman and Iron Man, the superheroes in this show — including Homelander (Antony Starr, “Banshee”), Starlight (Erin Moriarty, “Captain Fantastic”), Queen Maeve (Dominique McElligott, “House of Cards”), A-Train (Jessie T. Usher, “Independence Day: Resurgence”), The Deep (Chace Crawford, “Gossip Girl”) and Black Noir (Nathan Mitchell, “Supernatural”) — abuse their powers on a regular basis. The over-confident, power-bloated heroes, known as “The Seven,” think that they are above the law and have little regard for the damage they cause.

However, a group of humans with no superpowers is trying to fight back to expose the truth about The Seven and about Vought, the multi-million dollar conglomerate that manages them.

The eight-episode series is based on the comic book series of the same name written by Garth Ennis, who penned the “Preacher” comics. It is with the same team — the famous Seth Rogen and Evan Goldberg duo — that the writer’s work will be brought to the small screen. The pair will work on producing and writing, supported by Eric Kripke (“Supernatural”), chosen as showrunner. NVG