MANILA, Philippines — Actress Kathryn Bernardo is already preparing for the ABS-CBN Ball and no less than Michael Cinco will be creating her gown for this year’s event.

The Kapamilya star  made sure to stop by Cinco’s atelier when she flew to Dubai for the promotion of her movie with Alden Richards “Hello, Love, Goodbye.” 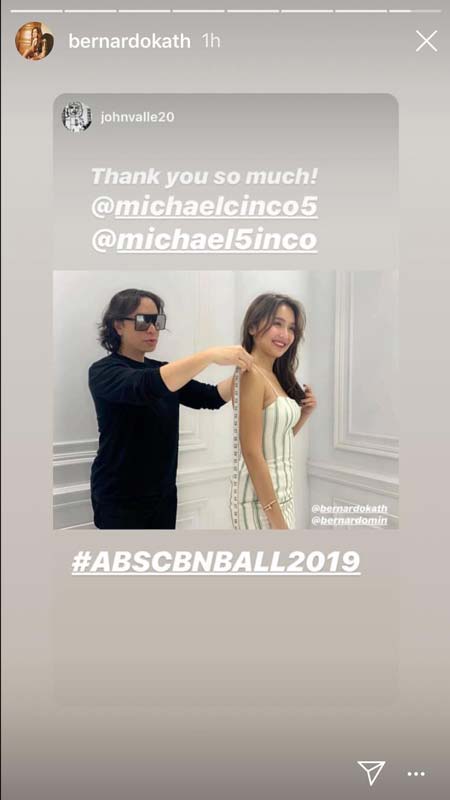 This marks the third collaboration of Bernardo and Cinco at the ABS-CBN Ball, which was formerly called the Star Magic Ball.

The date of this year’s ABS-CBN Ball has yet to be announced. /muf