Julianne Moore, Michelle Williams face off in ‘After the Wedding’ 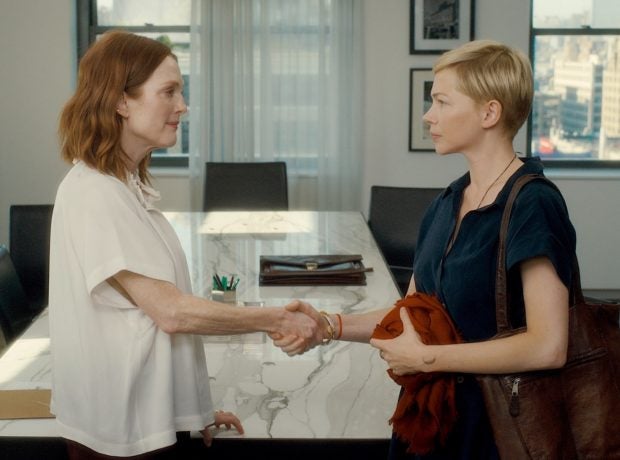 Moore (left) and Williams in “After the Wedding”

There are highly charged dramatic moments in Bart Freundlich’s “After the Wedding,” many of them showcasing Julianne Moore and Michelle Williams’ soul-baring ability to dig under the skin of the characters they portray.

In the film, which begins its theatrical run in the Philippines tomorrow, Michelle is cast as Isabel Andersen, a woman who runs a cash-strapped orphanage in the slums of Calcutta. 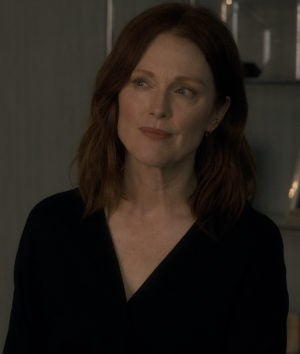 With funds for the hospice running dry, she’s forced to acquiesce to the seemingly unreasonable whims of New York-based philanthropist Theresa Young (Julianne), a multimillionaire media mogul who’s on the verge of early retirement.

It doesn’t take long before Isabel realizes she has more in common with Theresa than meets the eye: The latter is married to Oscar Carlson (Billy Crudup), the artist who got her pregnant 21 years ago.

The couple is busy preparing for the wedding of their daughter Grace (Abby Quinn)—who turns out to be the baby both Oscar and Isabel decided to give up for adoption more than two decades ago!

Sensing a setup, Isabel suddenly finds herself torn between nixing Theresa’s $20-million donation and swallowing her pride for the sake of the orphanage she helped raise from the ground up. But what is the scary and sneaky Theresa up to? 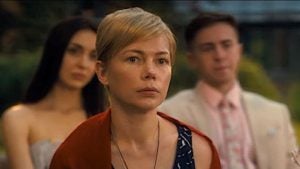 Is it time to finally seek closure for the unfinished chapter in Isabel’s life? More pertinently, is she ready to face the ire of the daughter she left behind at age 18?

You’ll get your answers when you watch the movie and bask in the quiet intensity and texture of delectable portrayals turned in by “After the Wedding’s” terrific lead actresses.

Who turned in the better performance? To be fair, it’s almost a toss-up.

But the actress who figures in a motivation-defining breakdown scene in the screen drama’s final frame gets our vote.