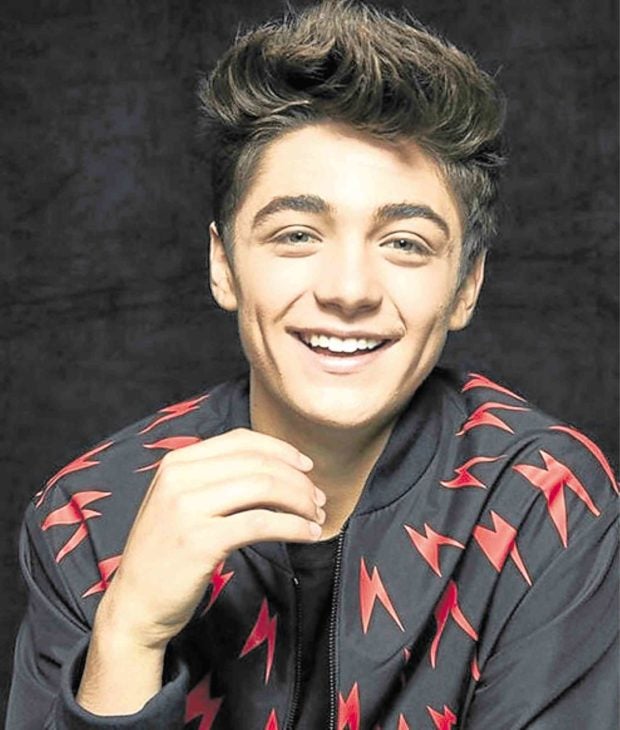 “It’s important to use your voice. The show is about inclusiveness,” Angel told Tiger Beat early this year. “I get [messages] all the time about how ‘Andi Mack’ changes people’s lives.”

The “Shazam!” star is more actively pursuing a music career. He released a single, “Chemistry,” last year. “I would say my sound is similar to Shawn Mendes’. And a little bit of Michael Jackson—I’ve heard that, too, from a couple of people. It’s amazing. What a compliment!”

The 16-year-old Angel said of creating songs, “I just want to get music out there, and show what I’m about and who I am as an artist … Hopefully, we have an album coming very soon!”

More recently, he released a single produced by songwriter-rapper Chris Ward aka Hitmaka, “One Thought Away,” which was recorded in 45 minutes. Ward asked Angel to choose a hip-hop artist he would like to be featured in the song. Unhesitatingly, the teen singer responded, “Wiz Khalifa.”

Angel told TMRW Magazine, “[Hitmaka] walks out the studio, comes back, he’s got Wiz on the phone. I hear Wiz talking. I’m freaking out. Like, what? I just recorded a song. It’s been a long day. Now I’m talking to Wiz?”

He further related, “[Wiz is] listening to it and [said], ‘Yo, I gotta record this. I’m gonna record it right now.’ And he records it, then two days later, I get the song back, and a week later we released it. It was really fast.”

And, just weeks ago, Angel posted on Instagram a photo of him in the recording studio with veteran songwriter Diane Warren, best-known for radio hits like Aerosmith’s “I Don’t Want to Miss a Thing” and LeAnn Rimes’ “How Do I Live.”

“Working with a legend,” wrote the busy teenager. —OLIVER PULUMBARIT