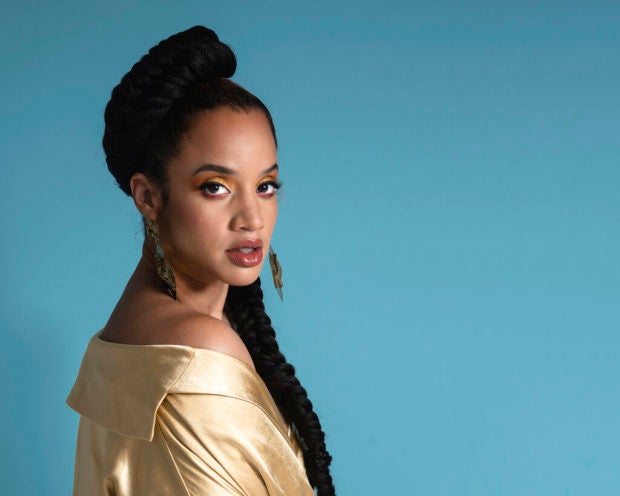 Dascha Polanco said that the industry should stop thinking of her and so many of her co-stars on “Orange is the New Black” as non-traditional Hollywood types. Image: Christopher Smith/Invision/AP

NEW YORK — Agencies, writers, producers: The time is now for Hollywood to do more in terms of diversity behind the scenes, Dascha Polanco said.

In front of the cameras, the “Orange is the New Black” co-star said the industry must stop thinking of her and so many of her co-stars on the recently wrapped Netflix series as non-traditional Hollywood types based on size, looks, race, age or sexual orientation.

“We are the tradition. We are the reality,” Polanco told The Associated Press in a recent interview. “Hollywood has been very exclusive in who they consider an actor, who they want to depict on screens.”

Polanco said diversity on screen is slowly lurching forward, but it’s equally important to do the same off-camera. Her struggles finding work are not without emotional scars. She struggles daily over “self-love, self-acceptance, self-care.”

“A lot of my life as a young girl and as a young adult has been influenced by how people will accept me or feeling that I am not enough to accomplish certain things because of how I look. I was very fearful of going out on auditions and being told, ‘Well you have to lose weight, your hair is curly,'” Polanco said.

Learning how to make peace with discrimination and prejudice in her past is key for Polanco.

“It’s learning how to embrace those scars and how we use them as foundation and not as identity,” she said.

Now that “Orange” has wrapped, Polanco said she wants to spend more time enjoying every moment as she pursues life after the hit show launched her career. She’ll appear in the film version of “In the Heights,” and she’s auditioning like the old days.

“I’m back in the battlegrounds,” she said. “I’m still out here not getting roles, and I see who they cast, somebody who looks totally opposite of me, size, look, experience, totally opposite. Not necessarily not talented or more talented. It’s just, you know, there’s a lot that has to be done to change.”

Polanco said she has the mind of a hustler.

“I don’t have time to sit here and wait,” she said. “I’m always thinking about how can I capitalize? I learned that from 50 Cent.” NVG

Danielle Brooks learns to ask for what she wants

‘Orange is the New Black’ leaves legacy for women of color