Regal Entertainment, Inc, Epicmedia, and HOOQ are all behind the masterpiece that is 'Mina-Anud' | Inquirer Entertainment
Close
menu
search

Regal Entertainment, Inc, Epicmedia, and HOOQ are all behind the masterpiece that is ‘Mina-Anud’ 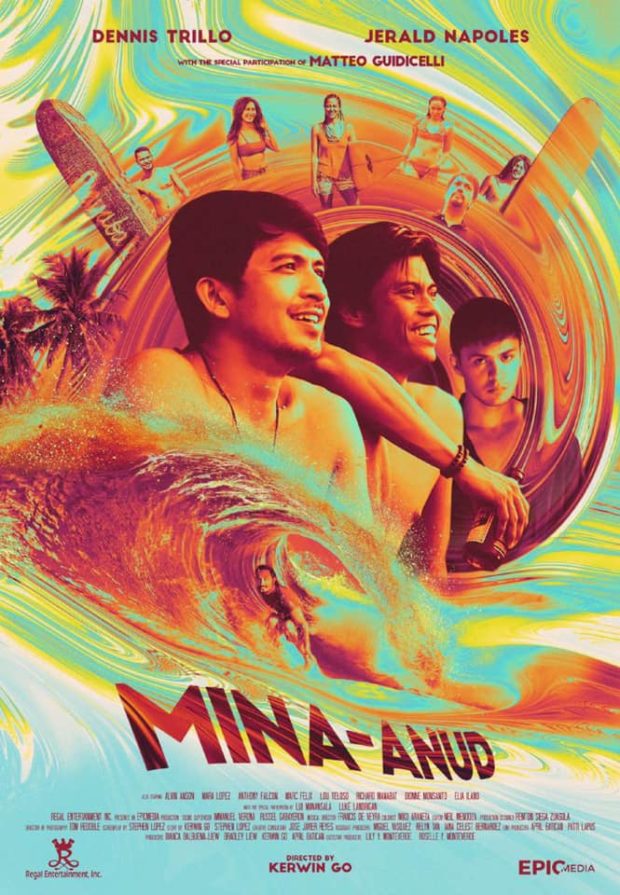 Something truly special awaits moviegoers when three groups of trailblazers, movers, and shakers in their respective fields in the entertainment industry come together to produce a movie entitled ‘Mina-Anud’.

What propelled them to combine their resources and efforts for ‘Mina-Anud’? It is the belief in the overall outstanding quality of the movie. It is the desire to bring to life a movie that will be high on entertainment value. It is to attain their common goal of elevating and refining the taste of moviegoers by ensuring that the movie they produce is made with fine craftsmanship, driven passion, and an unbridled love for filmmaking.

Let’s take a closer look below at the three producers of ‘Mina-Anud’:

They are responsible for putting out some of the greatest, most memorable, and celebrated movies in the history of Philippine Cinema for the last 56 years! There are so many masterpieces that have come from Regal Entertainment, Inc. It is a very long list and growing. And to this very day, they are still churning out movies that have further cemented the name Regal Entertainment, Inc. as one of the top movie companies in the Philippines, if not the very best. And they are a producer of ‘Mina-Anud’.

Epicmedia is one of the premier production studios in the Philippines that has become a haven for freelance talent who do not believe in conformity, restrictions, and limitations when it comes to filmmaking. It is a place wherein people with far-reaching visions in their various respective job descriptions–whether they be directors, writers, actors, and production people come together in an effort to keep pushing and elevating local movies to what they should be in this day and age. And, they are a producer of ‘Mina-Anud’.

HOOQ is a Singaporean video on demand streaming service. It is a joint-venture of Sony Pictures, Warner Bros., and Singtel. HOOQ happens to be Asia’s first premium video-on-demand service to launch across Southeast Asia and India. HOOQ delivers an astounding 35,000 hours of Hollywood, regional and local titles to customers anytime, anywhere by enabling them to stream and download their favorite shows on their Internet device or platform of choice including computers, smartphones, tablets, and smart TVs via Google Chromecast. HOOQ is one of the premier streaming services in existence. And they are a producer of ‘Mina-Anud’.

***
In the movie industry, any time there is more than one producer working together, it signifies that even others can glean the importance and value behind the movie such that they all want to be involved and take part in making this movie happen. It is more than a partnership. It is more than cooperation. But rather, it is a shining example of a conglomeration of entities that will, without doubt, prove that even in competition, cooperation is achievable.

Do watch ‘Mina-Anud’ during its nationwide release in cinemas beginning on August 21, 2019.

Come ride the waves of ‘Mina-Anud’ !

Don’t be left behind.

ONLY in cinemas will you have the full experience of watching ‘Mina-Anud’!