KC Concepcion on pregnancy rumors: ‘I have never been pregnant in my life' | Inquirer Entertainment
Close
menu
search

KC Concepcion on pregnancy rumors: ‘I have never been pregnant in my life’ 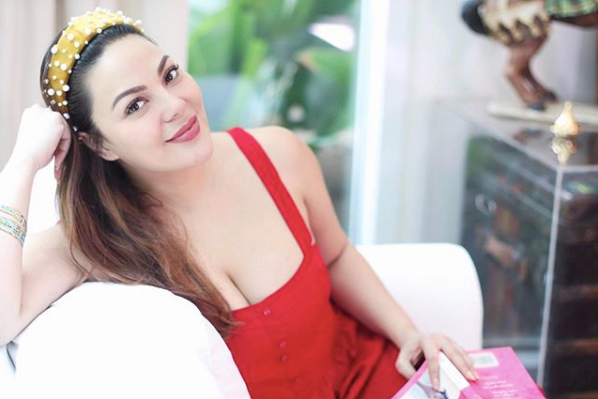 “I have never been pregnant in my life,” says KC Concepcion on pregnancy rumors.  Image: Instagram/@itskcconcepcion

KC Concepcion addressed rumors she’s pregnant as she took on a Q&A on Instagram on Thursday, Aug. 8.

When the actress and host encountered the question, “Are you pregnant KC?” she replied, “You guys have to stop with these ‘pregnant’ rumors already.” 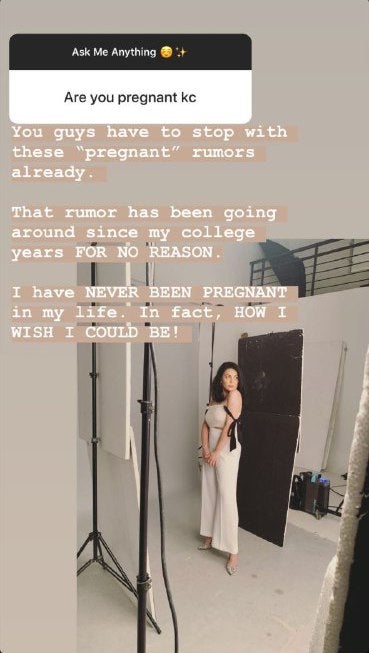 “That rumor has been going around since my college years for no reason. I have never been pregnant in my life. In fact, how I wish I could be!” 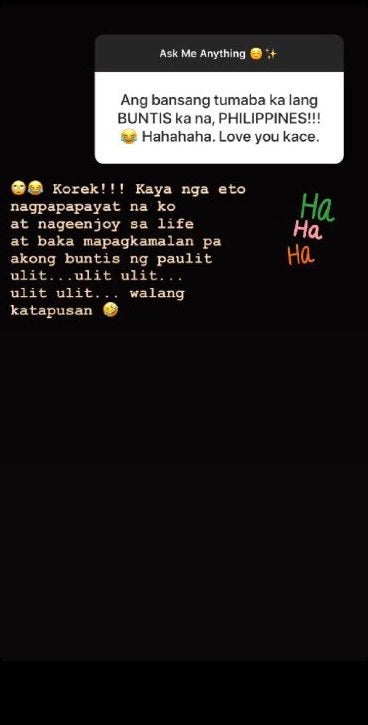 Last May, she shut down speculations of being pregnant in an Instagram comment. Back then, she also said she wished to be pregnant and wanted babies already.

Rumors of Concepcion being pregnant or having a love child have been circulating, with speculations that her younger siblings Miel and Miguel were her children. She denied these rumors in a 2014 interview with the Philippine Entertainment Portal.

While Concepcion is on a break from her showbiz career, she started a bespoke jewelry business called Avec Moi by Kristina.  /ra