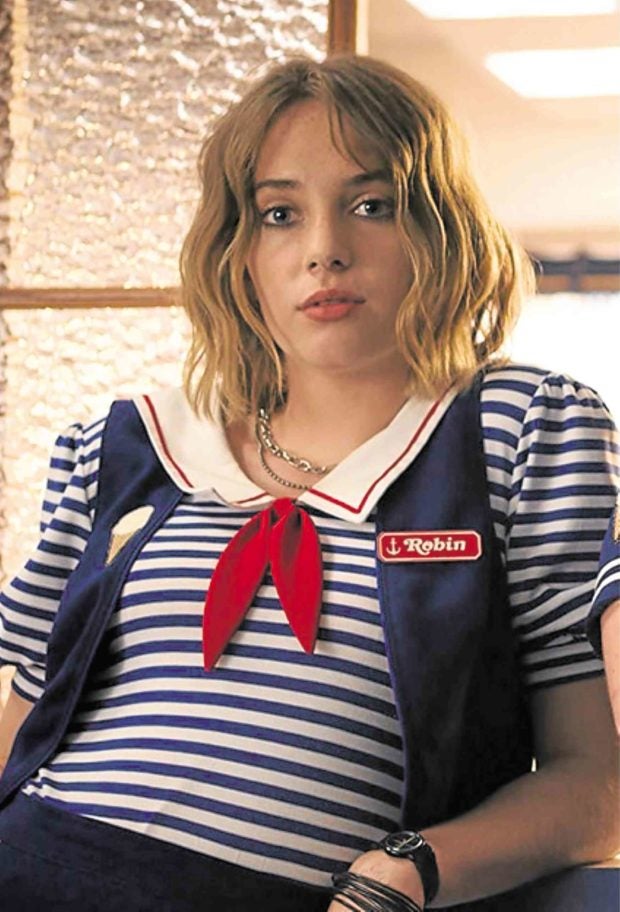 One of the new fan-favorite characters in the third season of “Stranger Things” is Robin, the smart and plucky ice cream shop employee who joins the Indiana kids’ latest danger-fraught adventure.

Maya, daughter of actors Ethan Hawke and Uma Thurman, was a loyal viewer before landing a part in the hit science fiction show.

She told Entertainment Weekly, “I totally auditioned. Basically, I was a fan of the show. I’d seen both seasons. I watched them with my mom, brother and my family, like a fun, enjoyable, scary thing for the whole family to gather around and scream together.”

“When the new season was being written, there was a part in it and I got to audition for it,” she recounted. “I flew to LA and did some chemistry reads with Joe Keery, who’s just so wonderful, hysterical and lovely, and then it was history.”

Elaborating on their tight rapport, as both had most of their scenes together, Maya said, “We just developed a good energy going and it was just playful, funny and kind of laid-back. The great thing about Joe is he really doesn’t take himself too seriously.”

On wearing the same sailor costume for majority of the episodes, the 21-year-old actress shared, “I happen to like my sailor suit, but Joe didn’t like his. But I really liked mine. I love blue. And I love stripes. And I like high-waisted [pants]… my costume that was supposed to humiliate me was my regular style. I loved my sailor suit.” —OLIVER PULUMBARIT