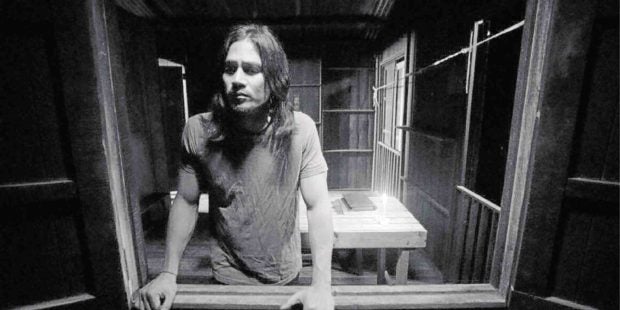 It has been a tradition in this indie film fest to show movies megged by award-winning filmmaker Lav Diaz, but how his latest drama, “Ang Hupa,” became the opening film this year has an interesting story, he told the Inquirer.

“[In previous years,] my films were always relegated to the Dream Theater,” recalled Diaz, referring to the Tanghalang Manuel Conde at the Cultural Center of the Philippines (CCP)—the venue of the annual Cinemalaya Philippine Independent Film Festival.
“This is the small and really cold cinema at the back of the CCP. This was because my films are long, they said.”

“Ang Hupa,” topbilled by Piolo Pascual and Shaina Magdayao, premiered at the Director’s Fortnight section, which ran alongside the prestigious 2019 Cannes Film Festival in France. The screening of the four-and-a-half long film on Aug. 2 at the CCP Main Theater marked the opening of this year’s Cinemalaya fest.

The director explained why he didn’t like watching at the Dream Theater. “I’m cool with the cold, but the Dream Theater, literal na mapupunta ka sa daigdig ng panaginip, ice drop at cold cuts because the temperature there is always at freezing level,” he pointed out. “My films are quite corporeal by nature because of their duration. That’s why those who survive the coldness inside the Dream Theater either end up having flu or pneumonia after watching there. This was also why, when they invited ‘Ang Hupa’ to be screened there, I said ‘no.’”

Diaz said he turned it down “not only because some of viewers might end up in the hospital, but also because I wanted them (Cinemalaya organizers) to give the film the right forum. Ipinagdiriwang ng mundo ’yong film pero sa mismong bayan natin, ilalagay lang ito sa freezer.”

Diaz then recalled communicating with Cinemalaya festival director Chris Millado, a copy of which he sent to the Inquirer via email.

To Diaz, Millado said that “Ang Hupa,” should be a part of the festival, but considering its running time, it could not be either the opening film or closing film. “The Cinemalaya programmers are proposing to place it under the premieres category,” he said.

To this, Diaz answered: “Why is running time still an issue in cinema? Cine ma must be free. Let us liberate cinema, especially here in the Philippines. Isn’t this the reason it’s called ‘Cinemalaya?’”

“After that text, Chris took the challenge,” recalled Diaz. He added that the theatrical run of “Ang Hupa” in France began last July 31.

Cinemalaya, which is celebrating its 15th anniversary this year, will screen Kerwin Go’s “Mina-Anud” as its closing film. It features Dennis Trillo, Jerald Napoles and Matteo Guidicelli. 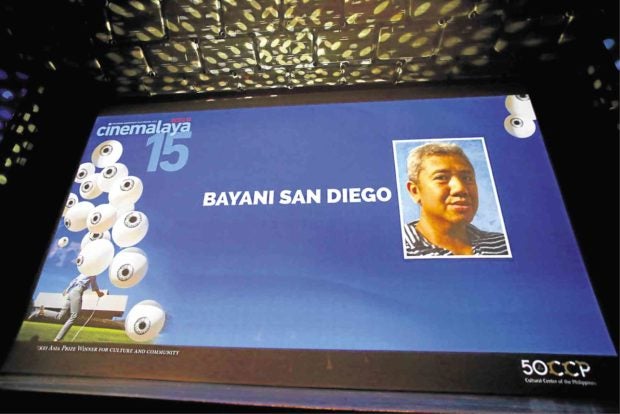 This year, the festival also paid tribute to Inquirer Entertainment writing editor Bayani San Diego Jr., who passed away in October 2018. He covered the arts and entertainment scene and championed Philippine independent films. On Friday night, San Diego’s plaque of recognition was accepted by his sister, Sohn.

Cinemalaya 15 will run at the CCP until Aug. 12. The competing full-length and short films will also be screened from Aug. 7 to 13 in selected Ayala Cinemas and Vista Malls all over the country. 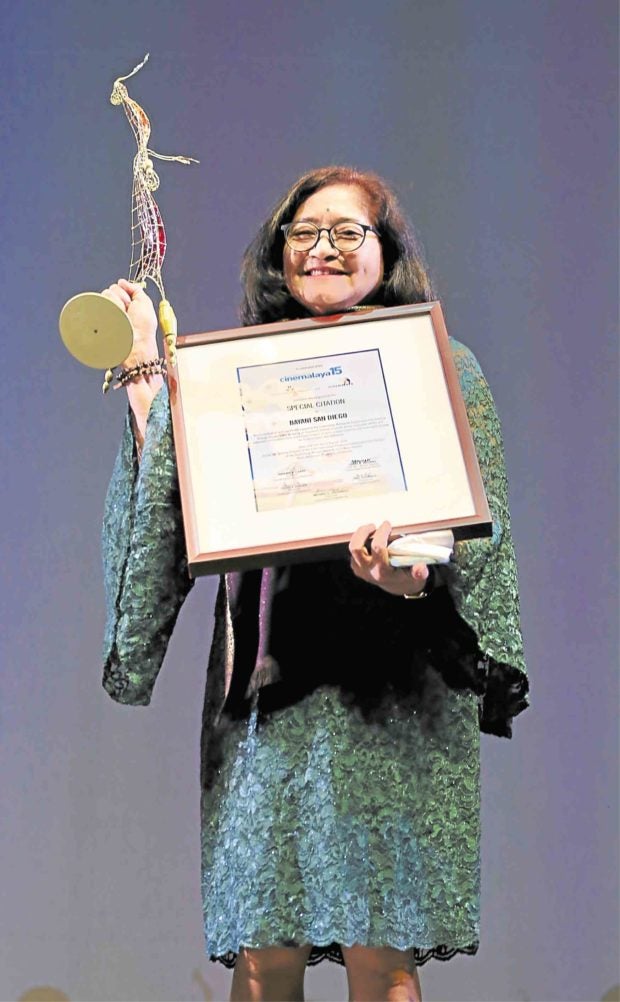