Despite being bruised and missing a ring, rapper Russ loved his 1st visit to Manila 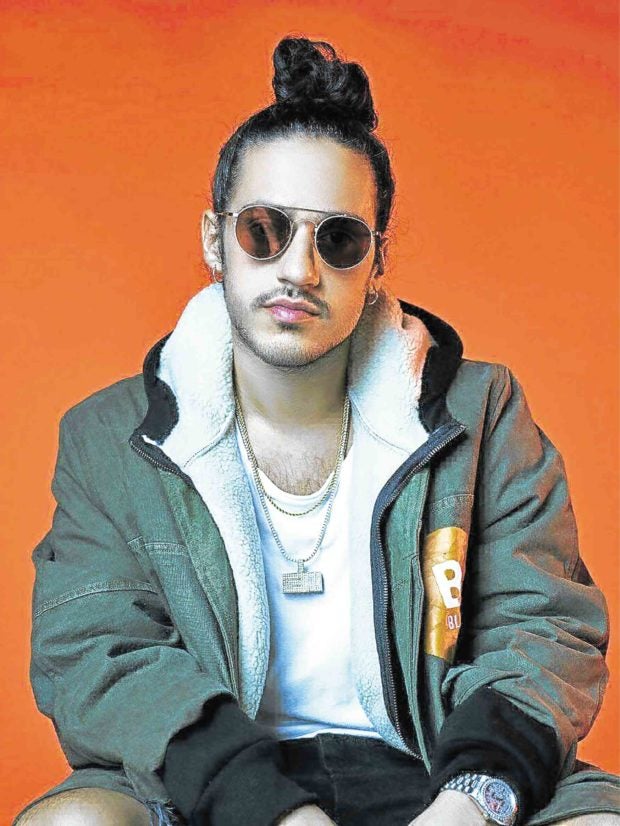 Rising hip-hop artist Russ had dropped his latest single, “Summer at 7,” a day prior to his recent Manila show. Just the same, the fans at the New Frontier Theater sang every lyric back to him, as they waved their lighted mobile phones aloft.

“Writing songs is unmatched… But going onstage and hearing people sing your songs is very electrifying—it’s pretty wild,” he said in a roundtable interview arranged by Sony Music Philippines, a couple of hours before he took the stage.

One of the reasons the American rapper-record producer included the Philippines in his concert tour is because the country is one of his biggest streaming markets. On Spotify, for instance, Quezon City is where the majority of Russ’ listeners come from—ahead of Los Angeles, Chicago, Dallas and Houston in the United States.

Asked by the Inquirer what he knew of the Philippines before he saw his streaming numbers here, he admitted that there wasn’t much, except for the fact that his favorite billiards player, Efren “Bata” Reyes, is Filipino.

“I love pool; I play it a lot. So shoutout to Efren—he’s dope!” said Russ, who fuses hip-hop and R&B in a chill, melodic package. “I actually wanted to wear an Efren shirt, but nobody seems to have one.”

But one thing was for sure: He knew he had to come over to play for his Filipino fans.

“I’m heavy on my phone, on social media, so I see just about everything. When I noticed the craze out here, I was like, ‘How’s this happening?’ It was confusing, bizarre and amazing all at once. So I thought I have to do a show there, for sure,” related Russ, who’s best-known for his multiplatinum songs, “What They Want” and “Losin’ Control.”

Aside from his concert, the 26-year-old musician also promoted “Summer at 7,” which was influenced by mid-2000s pop-punk, and represents the “bliss” and the “pure expression” that come with “making random songs in the basement and putting them out.”

He has his own label, Diemon, under which he released his music, until he signed up with Sony subsidiary Columbia Records in 2016—a move that, according to Forbes, earned Russ a spot on its list of top hip-hop earners last year. So far, Russ’ music has collectively amassed 2.5 billion streams and 1.5 billion video views.

Russ is quite a character—easygoing, unfiltered—and he wasn’t shy to admit that his idea of success is hinged on figures. “I’m a numbers guy, so I want to have the most of everything—most Grammys, most platinums (records), most plaques,” he said. Those who say otherwise, he jested, “are just lying!”

But he can also be just as thoughtful. “Seriously, beneath the surface, I want to have a super, real impact on people’s lives,” Russ stressed.

How’s your first time in the Philippines? I love it. I have bruises on my ankles from last night. I may have thrown my shoes to the crowd and jumped into a pool fully clothed. I lost a ring, and it’s still missing. Do you have it?

What do you think makes your music universally appealing? There’s a language barrier, but the fact that it can be this globally accepted is because of the melodies. Everyone loves to sing. And I chalk it up to that and good songwriting.

How do you feel when people say your music has helped them? It’s amazing. [Songwriting is] sort of a therapy for me, and it ends up helping other people in the world, which I’m super grateful for.

You write, mix, master—just about everything? Do you think other artists should do the same? All artists should at least try it because you give yourself an opportunity to discover something you could be actually good at.
And because you get to know what’s into it (song production), no one can BS you anymore. When someone tells you it takes three months to mix a song, you can go, “No, it doesn’t!”

Did you do it out of necessity? I had no other choice. if you get dropped in a jungle, you have to know how to eat. I didn’t know anyone who could do any of that stuff, but I wanted to make a song. So, I was like, I got to figure out how to do this.

There’s a need for survival, in a sense.

Have you always wanted to have your own label? I idolize people working behind the scenes, doing the business. I find that fascinating. I knew I wanted to be hands-on with the business side of things, so that no one screws me up.

What’s your creative process like? I have no process! I would just walk around the house and something would hit me randomly… That’s really it. Oftentimes, I find a lot of songs when I’m not looking for them. I just let it happen. I’m like a vessel.

Earlier, you tweeted that you see yourself as a “guest” in the hip-hop culture. I have always been a self-aware person, and I think that’s super necessary to navigate any craft or culture… You have to make sure you honor the belief system in place before you were there. Any culture. You can’t just come in and dirty it all up.

Read Next
Zoe Saldana ‘grateful’ to be part of 2 biggest movies of all time
EDITORS' PICK
Countries with confirmed cases of coronavirus
Get exciting deals and discounts when you download the new McDonald’s App
China expands lockdown against virus, fast-tracks hospital
‘A greener, cleaner tomorrow’: A how-to guide for Filipinos who want to help with today’s energy crisis
SM continues to send relief assistance to remote towns in Batangas
FlipTop rapper Loonie freed on bail
MOST READ
Taal’s sulfur dioxide emission increases
Seized food items from China tested positive for ASF–BOC
Palace: US Senate move also made Duterte junk VFA
No time for revelry; Tagaytay instead plans for alert level 5
Don't miss out on the latest news and information.