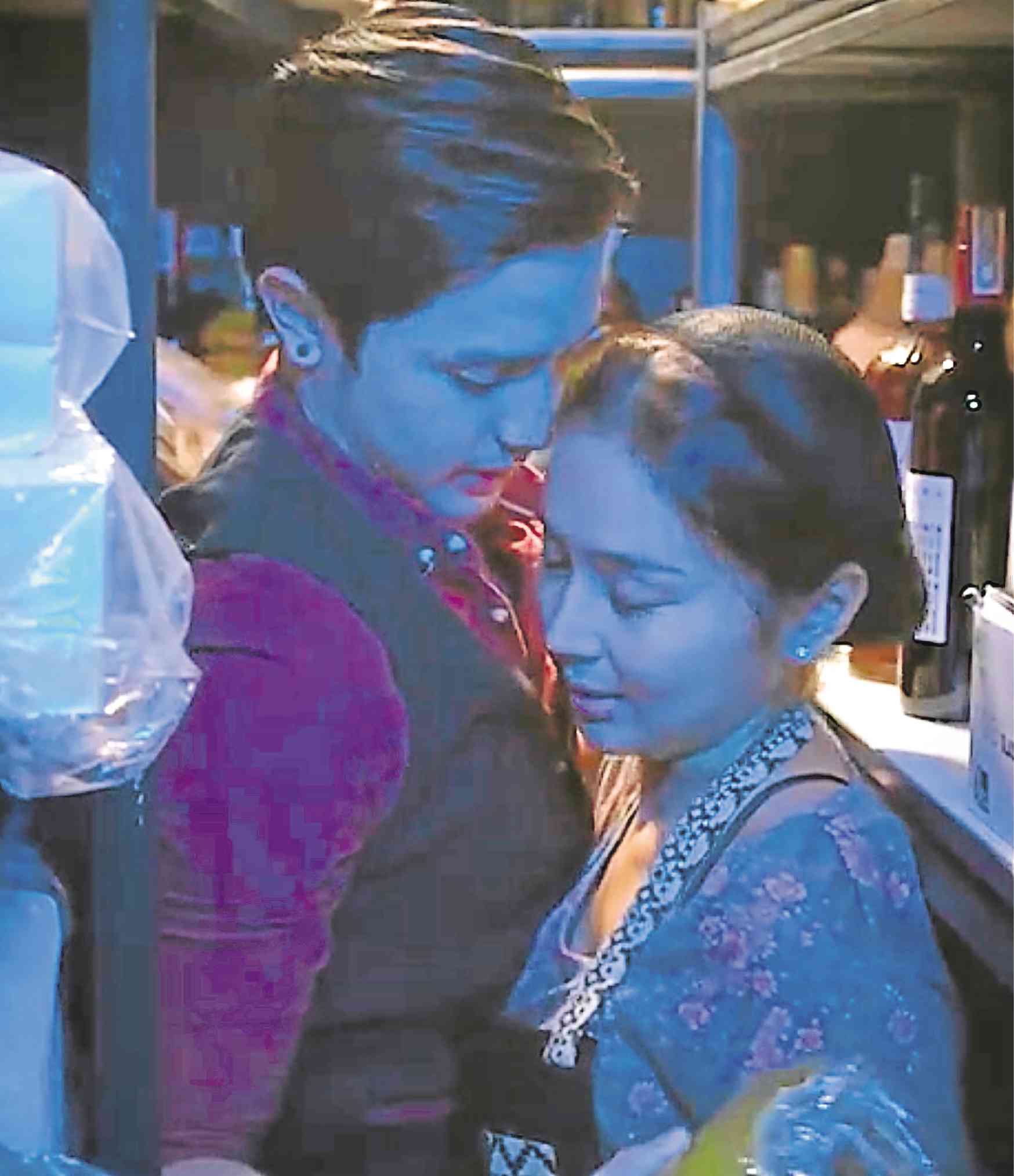 Heads-up, “LizQuen,” “AlDub,” “KathNiel” and “JaDine.” There’s a great new love team in town—and it isn’t just because of the sparks that flicker and fly every time Kathryn Bernardo and Alden Richards share the screen in Cathy Garcia-Molina’s “Hello, Love, Goodbye.”

As it turns out, “KathDen” isn’t just another fluffy or stuffy portmanteau frivolously coined by corporate spin doctors to create another vacuous brand.

What makes the newly minted tandem even more appealing is the degree of difficulty or enormity of emotions that Kathryn and Alden are made to scale and conquer with thespic vivacity, sensitivity and confidence.

In “Hello, Love, Goodbye,” Molina coaxes career-best portrayals from her lead stars that smolder with convincing credulity. It is as much a coming-into-her-own triumph for Kathryn—who’s always had to play second fiddle to Daniel Padilla’s innate performing gifts—as it is for Alden, whose phenomenal partnership with Maine Mendoza has yet to yield indelible characterizations that go beyond their ability to make tweets trend on social media.

The movie spins inspiring tales of triumph, naturally, but it’s the sob stories that truly underscore the enormity of sacrifices that OFWs make just to give their loved ones back home a fighting chance and a better future.

In the midst of a potentially dream-crushing crisis, romance blossoms unexpectedly between nurse-turned-DH (domestic helper) Joy Marie Fabregas (Kathryn) and bartender Ethan del Rosario (Alden), who uses his happy-go-lucky countenance to shield himself from heartbreak and gnawing guilt.

But love is an unnecessary distraction for the cash-strapped and perpetually exhausted Joy, who’s almost at the end of her rope. She wants to realize her full potential by proving she’s more than just her current job.

While she’s flattered by the bedimpled stranger’s effusive attention, she says she’s too busy chasing after a Canada-bound future that could finally take her out of the rut she’s in.

But when Joy sees through Ethan’s facade, she realizes she can’t continue ignoring her ever-increasing fondness for the man who refuses to give up on her. Is Joy willing to reconfigure and recalibrate her priorities in life? Moreover, will ambition outweigh affection?

The difficult answers come by way of Kathryn’s sensitivity and emotional volatility, mined further by a quiet desperation that is too palpable to ignore.

With an expressiveness that registers as much stress as lived-in sorrow, it’s a career-boosting portrayal that shows Kathryn at her finest. She evinces the kind of growth and maturity that makes her look lovelier than she already is.

Kath’s earnestness is astutely complemented by Alden’s depth and matchless charm which, in this film, goes beyond mere likability, pa-cute antics and tisoy good looks.

This time around, the so-called “Pambansang Bae” does not have to worry so much about the way he looks more than what his character is feeling inside. Needless to say, it is also Alden’s finest performance to date.

It doesn’t hurt that the matinee idol’s chemistry with Kathryn is more potent than anything we’ve seen in years. So, we hope that “Hello, Love, Goodbye” isn’t the last we’ll see of “KathDen.”

Kathryn and Alden aren’t the only actors doing the heavy-lifting. Their accomplishments are matched by the peerless intensity of the returning Maricel Laxa, who’s unforgettable in a role that could have easily degenerated into caricature.

More than its crowd-pleasing schmaltz and angst-leavening “kilig” moments, “Hello, Love, Goodbye” is better-appreciated for its musings on sacrifice and ambition. It reminds viewers that the selflessness of love will never be as satisfying if you ignore your own needs.