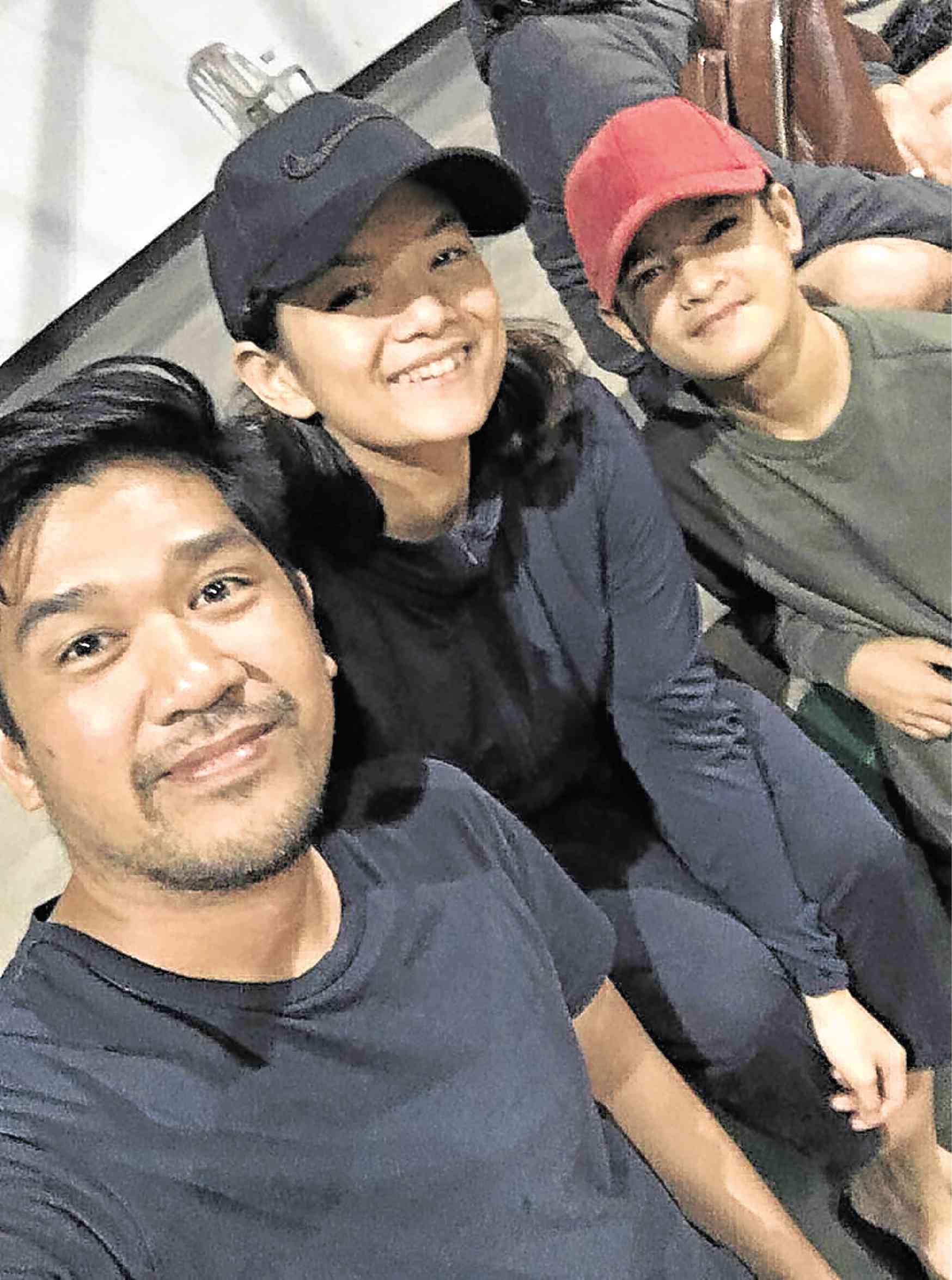 After working for ABS-CBN as a teleserye writer for over 15 years, Arden Rod Condez realized only recently that filmmaking was his calling.

In fact, the “John Denver Trending” director didn’t renew his contract (as a writer) for the Kapamilya network “because I wanted to first enjoy this experience and to be given more time to think. My journey as a filmmaker has just started, and I find it so exciting.”

Unlike other directors he knows, who have horror stories to tell while making their debut films, Condez said he got to enjoy the process. “I came to the point where I told myself, maybe this is what I really want to do with my life. My first experience as a director was enjoyable,” he told the Inquirer.

Also, Condez said he felt a sense of fulfillment knowing that his movie has changed lives, particularly of his lead actor Jansen Magpusao. “It was his first time to come to Manila. I witnessed how his eyes bulged when he saw tall buildings for the first time. He was so amazed,” Condez recalled. “On our gala screening on Aug. 3, it will also be his first time to watch a movie. There’s no cinema in our home town. You’d have to travel six hours … to Iloilo, just to see one.” 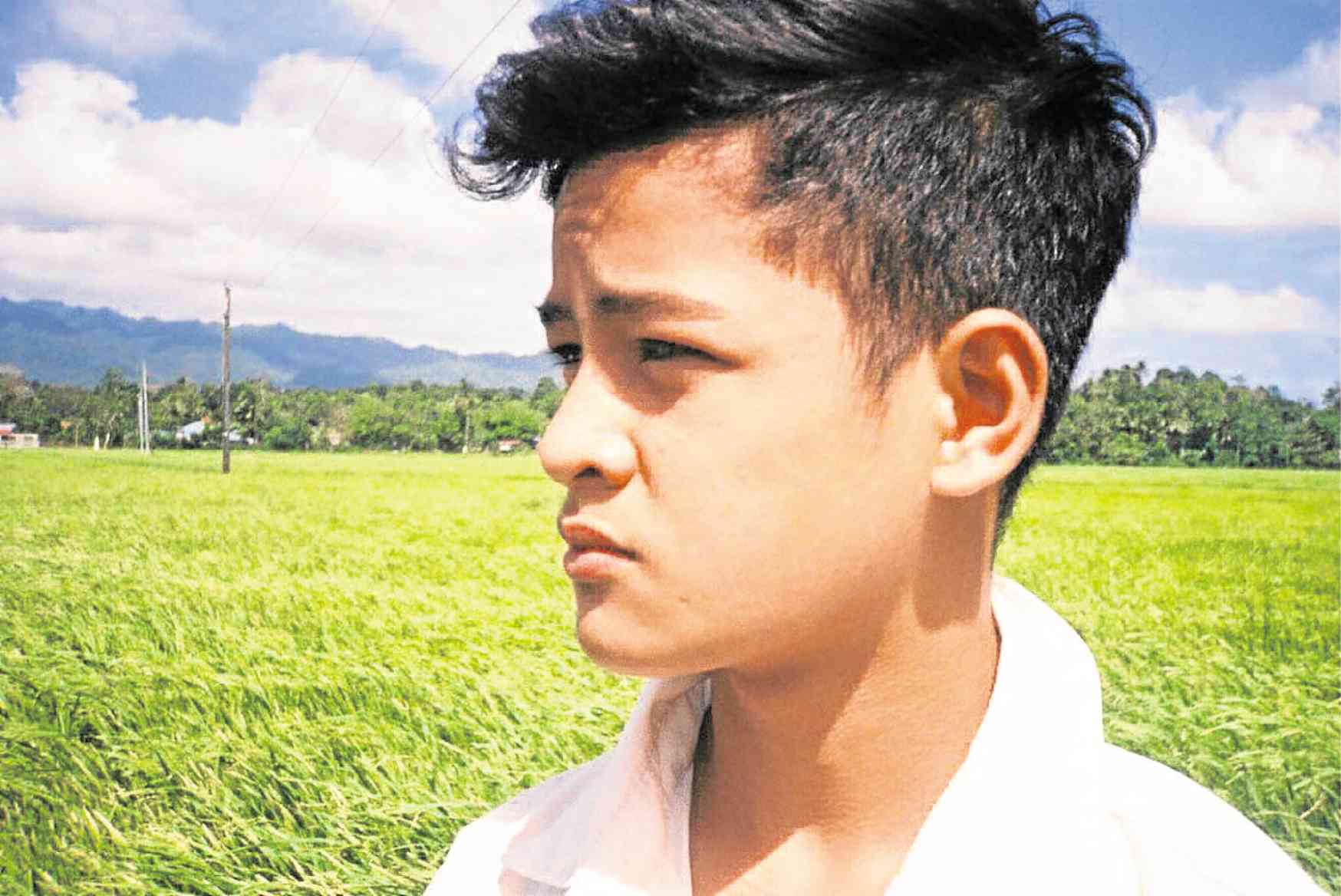 “John Denver Trending” is one of 10 finalists in this year’s 2019 Cinemalaya Philippine Independent Film Festival, which opened at the Cultural Center of the Philippines on Aug. 2. It tells the story of a 14-year-old farm boy whose life is suddenly upended when a video of him brutally attacking a classmate went viral.

The film was shot entirely in Pandan, Antique, Condez’s home province. Only Meryll Soriano and Sunshine Teodoro are professional actors. The rest of the cast members are either Condez’s relatives or childhood friends. Magpusao did not even attend the casting call and was merely recommended by Condez’s relative.

“He had no plans to audition because he’s too shy. But I got intrigued by his eyes the first time I saw his picture so I asked a staff to go to his house to record a video of him auditioning. I saw rawness in him,” Condez recalled. “He attended an acting workshop by Ryanne Murcia, and surprisingly, he did well as an actor.”

The film is based on news stories of cyber bullying, noted Condez. “A big percentage of it was based on the story of a boy who was brought by his teacher to the police station after being accused of stealing the iPad of a classmate. Prior to his encounter with the teacher, the boy’s situation was posted on Facebook. He had been bullied,” explained the director. “The film tells the boy’s entire ordeal.”

The script of “John Denver Trending” won second place in the screenplay category of the 68th Carlos Palanca Memorial Awards for Literature. It was proclaimed best project at the 2018 Hanoi International Film Festival Project Market in Singapore. The film was also one of two Filipino narrative features selected at the editing mentorship session called First Cut Post-production Lab.

His reason for joining Cinemalaya, he said, was more “emotional than a wise career move.” He recalled the moment he shared with his mentor, the late screenwriter Jake Tordesillas. “We watched Francis Pasion’s ‘Bwaya’ together. He whispered to me, ‘In this lifetime, I hope to see you go up that Cinemalaya stage.’ Sir Jake died in 2017. I told myself, it has to be Cinemalaya. It’s good that I got in,” he declared.