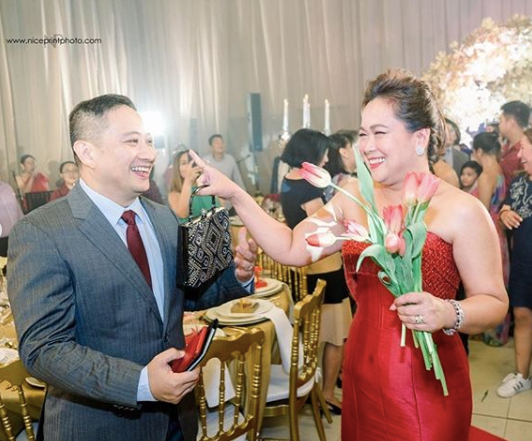 Michael V says his radiant wife, Carol, does not look 50 at all.  Image: Nice Print Photography

Michael V threw a “debut” for wife Carol Bunagan early in July for her 50th birthday. He said it was the party she never got to experience back when she was 18.

The comedian dedicated a heartfelt Instagram post on Wednesday, July 31, explaining why he went through the effort to organize a surprise party for his wife. 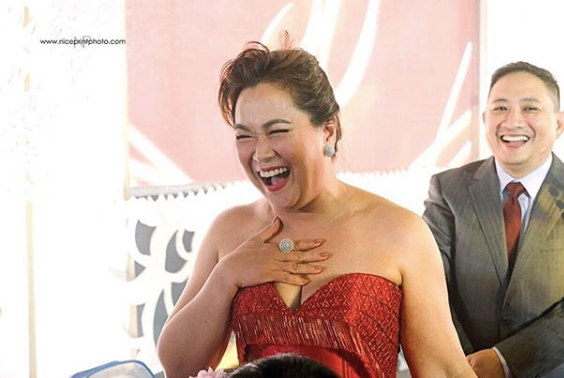 (She did not experience a grand “debut” when she turned 18, which is why I made sure that even if it is 32 years later, I would be able to capture the joy, the thrill and excitement.)

Michael V also praised his wife for her youthful looks despite having four kids and “putting up with me.” “She just turned 50 pero kagaya ng sinasabi ng marami, ‘wala sa itsura’ (She just turned 50, but like many say, she ‘does not look it’),” he said.

True to his word, the comedian did not hold back in making the “debut” experience memorable for his wife. The party was held at a Quezon City events venue elegantly decked out in golden leaves, chandeliers and red flowers. 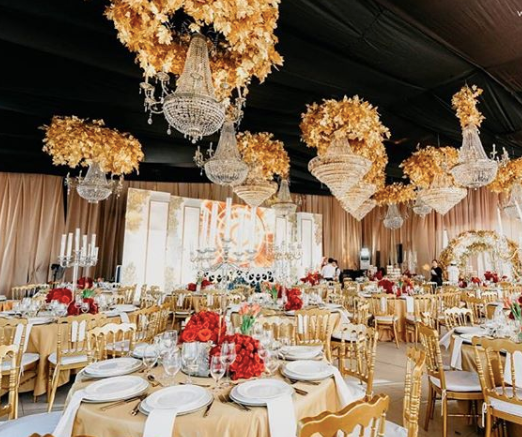 For her birthday cake, Carol was surprised with a four-tier cake frosted in white and gold, with a garland of red flowers trailing on the side. 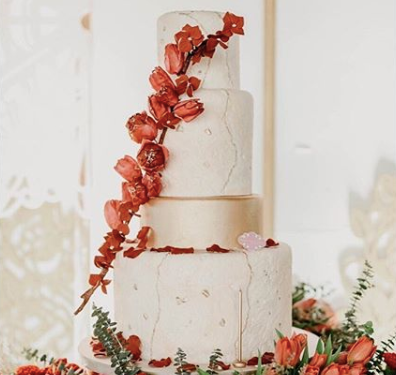 Carol looked radiant in a red strapless gown and was visibly overwhelmed at the surprise. 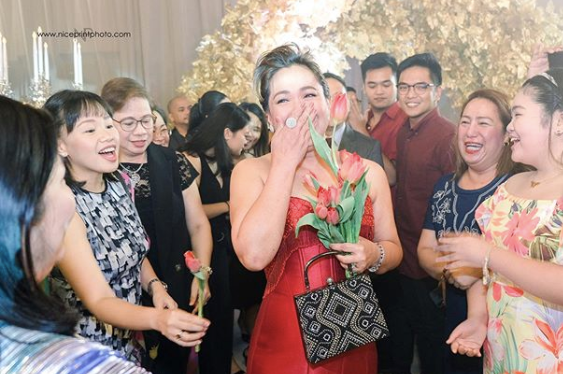 In attendance were their four children, Milo, Yanni, Migo and Maypaul. 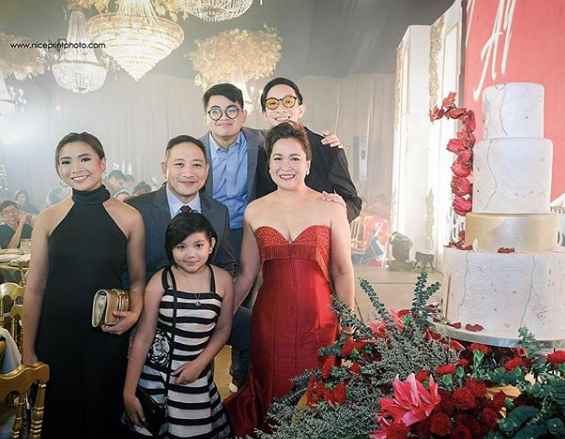 Michael V described the celebration as “successful”: “Dumating ‘yung mga alam naming nagmamahal sa kanya ng totoo (Those who we know truly love her attended),” he said. He acknowledged that some came from far places, while others were able to come on short notice.

Celebrity friends made it to the occasion, such as Paolo Contis and LJ Reyes, Regine Velasquez and Ogie Alcasid, and Jessa Zaragoza with daughter Jayda Avanzado.

The couple celebrated their 25th wedding anniversary in February and renewed their vows at a beach ceremony in Amanpulo, Palawan.  /ra