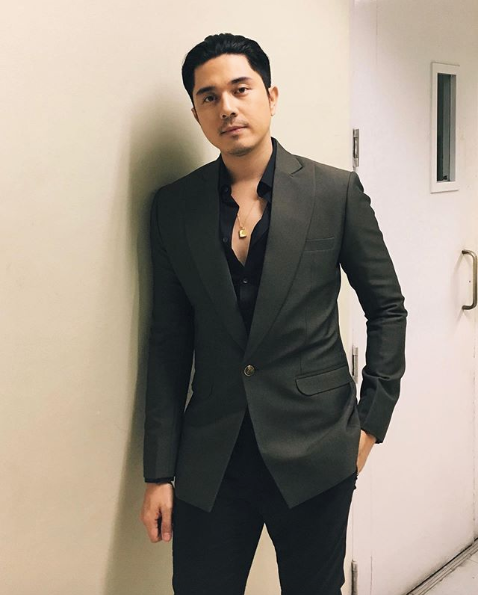 Paulo Avelino’s admission comes after he and his manager denied a suicide attempt in 2013. Image: Instagram/@mrdavidmilan

Paulo Avelino recently opened up about a suicide attempt years ago that he says only close friends were aware of.

Back in 2013, he and his manager denied such an attempt. The actor only said that he went through some personal issues, as per an October 2013 report from Bandera. It was also then that he confirmed his breakup with actress LJ Reyes, with whom he welcomed a son, Aki, in 2010.

The “General’s Daughter” actor made the revelation on Twitter on Thursday, Aug. 1 while remembering a close friend who died by suicide in 2018.

“I’ll let this out to the universe since I promised not to keep heavy feelings to myself,” he began his outpouring.

Avelino shared that his own attempt landed him in the hospital and that his late friend was one of those who looked after him.

A few years back I tried (attempted) committing suicide.I survived. No one really knew aside from my closest friends and he was one of them.

“A few years back I tried (attempted) committing suicide. I survived,” Avelino said. “No one really knew aside from my closest friends and he was one of them.”

“He would switch shifts with a friend to stay with me in the hospital and even when I got discharged, just to make sure I wasn’t stupid enough to do it again,” he stated.

He called himself “selfish” for getting his friends’ support. “I demanded time and a part of their emotional state to flow along with mine.”

Avelino shared that the friend was his “go-to person” for the times he would feel low. One of those reasons was “that I had to see my son grow up.” Aki currently lives with Reyes and her partner Paolo Contis.

However, he regrets not being able to do the same for his friend even if he “saw it coming.”

“That one message you sent the night before [you] passed away, I brushed off in a joking manner,” Avelino said, addressing his departed friend.

Despite the guilt he feels, Avelino thanked his friend for saving his life: “I am living because of the hope and wisdom you engraved in me.” JB

Paulo Avelino, Janine Gutierrez to star in movie ‘If We Don’t Make It’