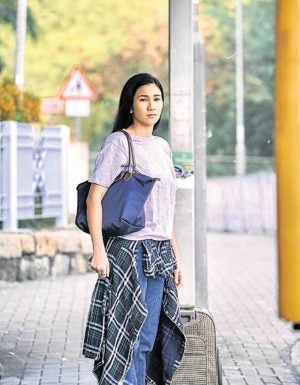 Crisel Consunji is set to grace the Cinemalaya screening of “Still Human” on Aug. 9. —GOLDEN SCENE

“Still Human” will have a one-time screening in Cinemalaya for the Visions of Asia category at the CCP Little Theater on Aug. 9 at 6:15 p.m., followed by a special screening at Cinema ’76 in Quezon City (exact date and time to be announced soon).

Last April, Crisel became the first Filipino performer to win an acting award at the HKFA when she triumphed in the best new performer category.

Speaking of groundbreaking feats, HBO has another genre-breaching ace up its sleeve with the release of the six-part sketch comedy series, “A Black Lady Sketch Show,” exclusively on HBO Go at 11 a.m. on Saturday.

Over the weekend, we binged all of its episodes in one go because we found its irreverent take on issues such as sex, religion, social norms, anxiety, dating and relationships as refreshing as it is entertaining.

What makes the briskly paced, laugh-out-loud show unprecedented is the fact that it is written, directed and created by black women.

Moreover, it features a core cast of fearless African-American actresses, led by creator Robin Thede (“The Rundown”), Ashley Nicole Black, Gabrielle Dennis and Quinta Brunson, who poke fun at themselves and other polarizing celebrities—like Chris Brown and Mel Gibson. 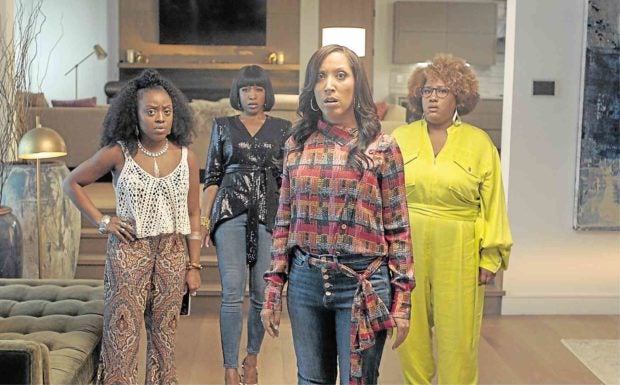 For those who have not heard of Robin, she made headlines when she landed her “The Nightly Show with Larry Wilmore” writing gig, which made her the first black female head writer in late-night television.

With her ever-growing influence in Tinseltown, Robin, along with coproducer Issa Rae, is only too happy to create opportunities for superbly talented black women.

“It’s silly. A lot of black women are left to fend for themselves, when there are so many of them who are so amazing and talented,” Robin told Melanie McFarland of salon.com. “We should be able to break out like anybody else. It’s hard for women in general, but for black women, it’s doubly hard. Hopefully, we can change that with ‘A Black Lady Sketch Show.’”

Framed by the story of four friends who find themselves stuck in a house during an end-of-the-world event, the 30-minute show then shuttles from one hilariously staged sketch to another (there are five or six of them every episode).

As if Robin and her BFFs weren’t enough, “Black Lady’s” formidable guest performers are no slouch at delivering zany zingers.

The star-studded lineup of guests include Angela Bassett, Kelly Rowland, Laverne Cox, Loretta Devine, Amber Riley, Khandi Alexander and David Alan Grier, who let their hair down in running gags and tongue-firmly-in-cheek sketches that show them in a flattering comedic light.