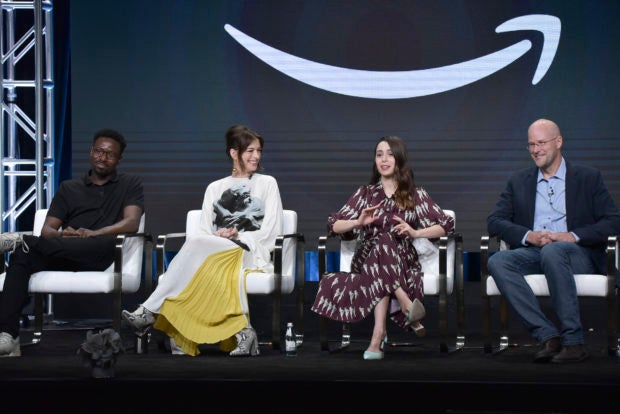 Hathaway plays Terry Cheney, a woman navigating romance with bipolar disorder, in an episode of the anthology.

The series, based on The New York Times’ column of the same name, debuts Oct. 18.

At a Television Critics Association meeting Saturday, Hathaway said the role gave her a heightened compassion for people with mental illnesses who can’t walk away once the cameras stop rolling.

She said she hopes telling stories like Cheney’s will open up the conversation surrounding mental illness.

After reflecting on her role, Hathaway lightened the mood when she was asked how she feels about her newly announced second pregnancy.

“How do you think?” she replied, smiling. /gsg