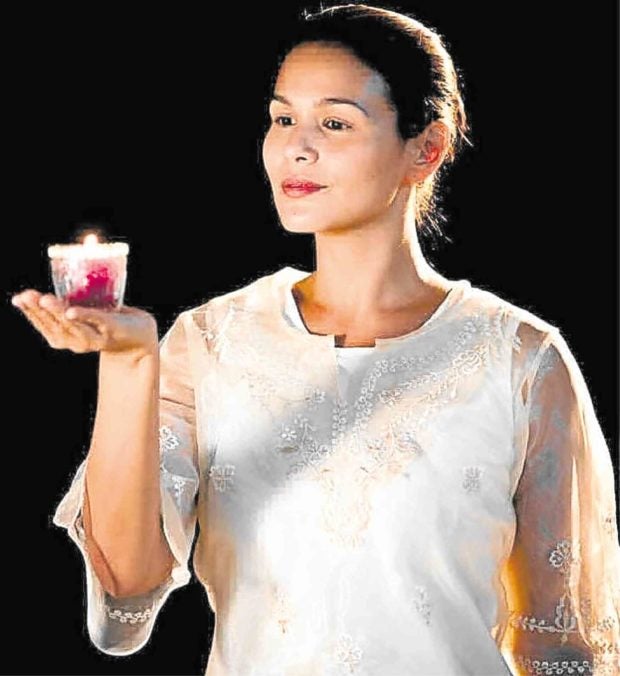 Attending workshops on birthing and watching videos about the topic in preparation for her role as a midwife in “Pandanggo sa Hukay” has greatly traumatized her, admitted actress Iza Calzado.

“I hope I’d be convincing as a kumadrona, even though I have never actually given birth to a child nor have I seen another woman do it,” she told the Inquirer. “I did immersions at the UST Hospital and in one lying-in clinic. I also watched some videos on birthing, which I do not encourage others to see. They were very traumatizing!”

Iza, who got married to British businessman Ben Wintle in December 2018, recalled: “Maiyak-iyak talaga ako! I got so emotional that I wanted to hug all the moms I know. I also told Ben, ‘I don’t know if I could give you a child.’ He just ignored me,” Iza added, laughing.

“Pandanggo sa Hukay,” based on a Palanca-winning script by Andrian M. Legaspi, is directed by Sheryl Rose Andes. It is one of 10 entries in the 2019 Cinemalaya Philippine Independent Film Festival that unreel at the Cultural Center of the Philippines from Aug. 2 to 11.

In Cinemalaya’s 2018 edition, Iza received critical acclaim for her performance in Perci Intalan’s “Distance.” She said she refused to feel pressured to achieve the same success. “My only goal here is to make my performance different from what I did last year. It’s that simple. I’m lucky to have been given a material that I find so challenging, that I’m not used to doing,” she pointed out.

Adding to this, Iza said it was a material that aligned with her women empowerment advocacy. “In the beginning, I was hesitant to accept any project because I really got burned out by work last year. I wanted to rest, but the script was so beautifully written, and that a woman director was set to helm it. I said I needed to try to bring Elena to life.”

A teaser of the film showed Elena, wearing a medical scrub, being abducted by armed men. Iza pointed out that the role wasn’t “as physically demanding as a full-blown action film,” she added. “Sometimes, I feel that some of the characters I play are not so real, especially since they’re in a teleserye setting. They’re often larger than life. So when I get to play a character that feels like a real person, like Elena, I get inspired.”