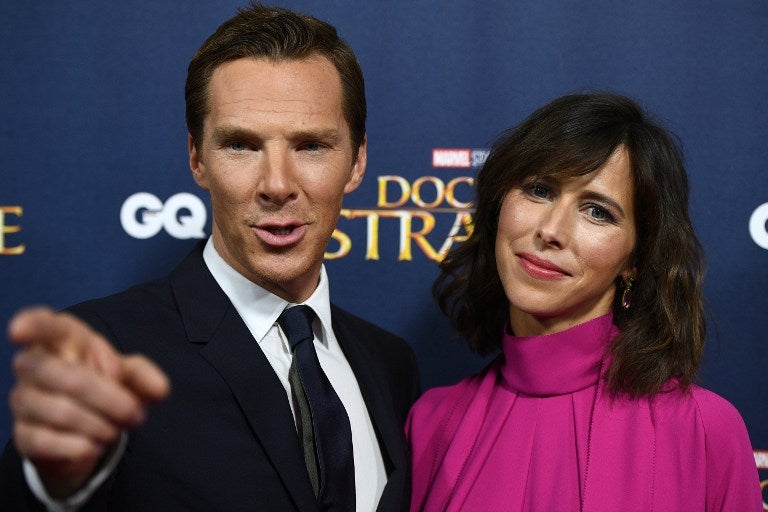 British actor Benedict Cumberbatch (L) and his wife Sophie Hunter pose for photographers upon arrival at a launch event for the film “Doctor Strange” at Westminster Abbey in central London on Oct. 24, 2016. Image: AFP/Justin Tallis

“Louis Wain” is a biopic of the prolific English artist who rose to fame at the end of the 19th century.

BAFTA-nominated Will Sharpe (“Flowers”) is to direct the film, which was written by Sharpe and Simon Stephenson. Guy Heeley (“Swimming With Men”) and Adam Ackland (“Patrick Melrose”) will produce along with Ed Clarke and Leah Clarke.

Benedict Cumberbatch (“Sherlock”, “Avengers: Endgame”) will play Wain, famous for his distinctive, anthropomorphic paintings of wide-eyed cats and kittens. Foy (“The Crown”, “Wolf Hall”) will play the love of his life, Emily.

“I have admired Will’s work for several years through ‘Flowers’ and, from the moment we first met, knew he was the perfect person to bring Louis’ inspirational and Odyssean story to life,” said Cumberbatch in a statement, adding that he and Sharpe “plan to bring audiences a sincerely uplifting, playful, thought-provoking tale of resilience, creativity and the enduring power of love.”

Foy, last seen alongside Ryan Gosling in “First Man”, and Cumberbatch, who recently appeared as the voice of Satan in “Good Omens”, previously starred together in 2011’s “Wreckers”.

LOOK: ‘Avengers’ bros hang out over a healthy meal