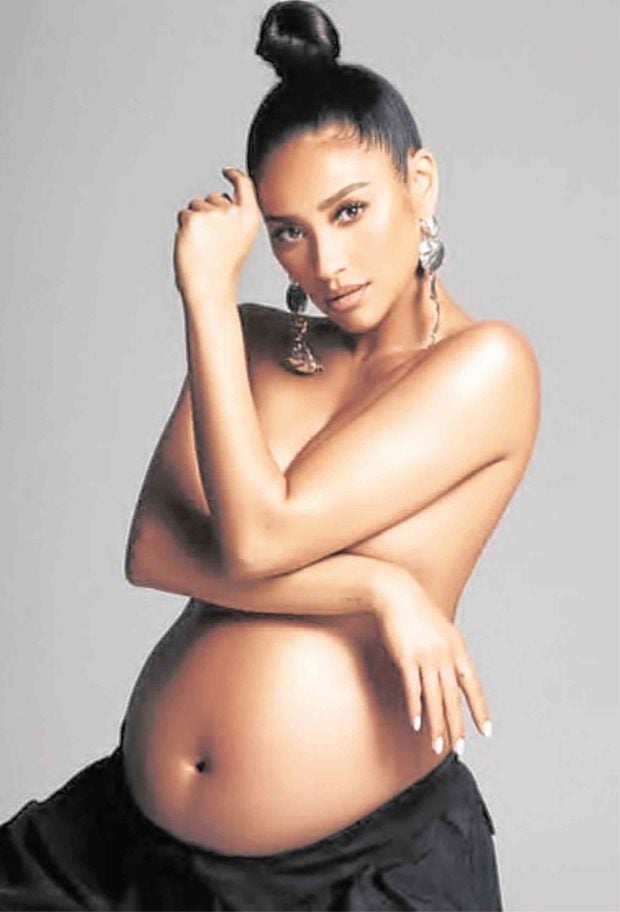 Late last month, former “Pretty Little Liars” actress Shay Mitchell stunned fans when she revealed that she was five months pregnant—news that she broke in style.

In a strategically covered topless photo, with the revealing baby bump on display, the “You” star disclosed the happy news to her 24 million Instagram followers.

In the caption, the Fil-Canadian actress quipped, “Does this mean I’m allowed to drive in the car pool lane at all times now?”

In the video are snippets of scenes from photo shoots, down time and various activities related to her pregnancy. Her Canadian actor boyfriend, the child’s father Matte Babel, can be seen, as well.

“There is something in the oven and it’s not my pizza,” she joked in the caption. “Wow. It’s kind of surreal processing the fact that another human is growing inside of you. It’s exciting, nerve-racking, difficult and emotional, all at the same time.”

Mitchell added that she felt it was time to divulge her long-kept secret to the world: “Everyone waits for the right time to make the announcement, and for me, it wasn’t until I couldn’t hide it anymore and was tired of wearing oversized sweatshirts. We’re beyond excited and looking forward to starting a family. I’ve learned so much about myself and parenthood over the past six months, and feel like I haven’t even scratched the surface! It’s going to be a wild ride!”

The actress, who miscarried last year, is documenting her personal journey in YouTube’s biweekly series “Almost Ready,” which premiered on July 17.—OLIVER PULUMBARIT