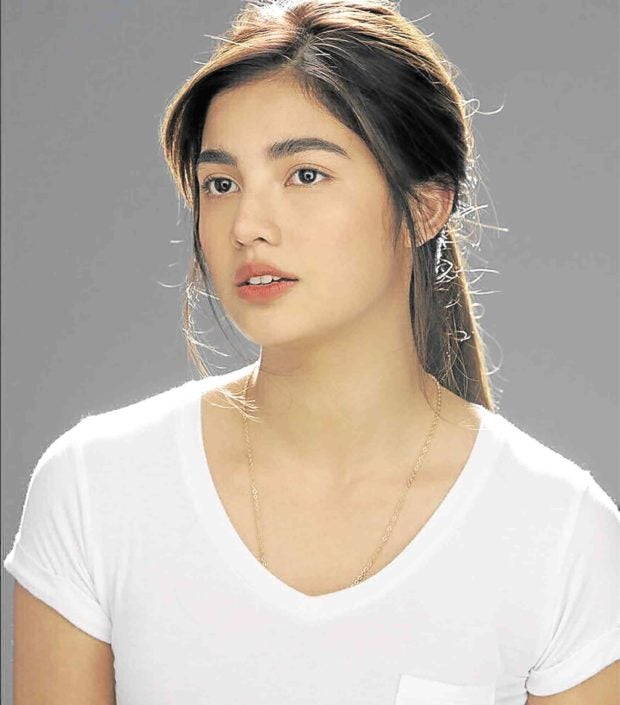 Jane de Leon went into training immediately after she learned she would be the next Darna on the big screen.

“She really needs it,” Star Cinema Adprom head Mico del Rosario told the Inquirer on Friday. “The role will be very physical.”

“These days, she is into functional workout and learning how to do stunts,” Del Rosario added. “There will also be discussions about her role. She would have to study it very thoroughly with director Jerrold (Tarog).”

Over the weekend, the team conducted a casting call to search for the actress who will play the young Narda, Darna’s alter-ego.

Twenty-year-old Jane started appearing in ABS-CBN programs in 2016. She was last seen as Maggie, Jericho Rosales’ sister, in the defunct soap series “Halik.”

On the big screen, she was in the cast of the Regal Films-produced teen flicks “Walwal” and “The Debutantes.”
As to how big the film project would be, Del Rosario disclosed: “It will be huge, but then, I want to emphasize that the network’s objective is simple: It is to retell the story of Darna, and to introduce her to a new generation of viewers.”

He also denied that ABS-CBN has been quickening production pace because its contract with the Ravelo family would expire soon.

“I can’t say up to when the contract will be, but it will definitely not end this year or in 2020,” he stressed.

When asked for ABS-CBN’s reaction to comments by netizens that this particular “Darna” project was cursed, Del Rosario said: “The network doesn’t have any reaction to that. But on a personal level, it’s unfortunate na iniisipan nila ng ganun. Hopefully, things will finally push through now that we’ve found our Darna.”

Del Rosario also pointed out that the network was grateful to Angel and Liza “because they gave so much of themselves to the project. We really saw their passion and dedication to it.”

In 2014, it was announced that Angel Locsin would fly again—just like she did on TV in 2005—as the iconic superheroine, but this time, on the big screen. Erik Matti would helm the project.

In October 2015, Angel tearfully admitted on television that she could no longer play the part because of her spine injury. Two months later, a teaser for “Mars Ravelo’s Darna” was released despite the news of Angel quitting.

In 2017, Angel, who earlier promised to rejoin the production if her condition improved, said her doctor had advised her not to carry on with the project. Shortly after, Star Cinema announced that Liza Soberano would take Angel’s place.

In August 2018, Liza confirmed that she suffered from a fractured finger while taping for the fantasy-adventure series “Bagani.”

Two months later, the network announced that director Erik had quit “Darna,” citing “creative differences” as among the reasons. Weeks after, the public was informed that Tarog took over the directorial post.

A month later, Star Magic announced that there would be auditions for the role, which eventually landed on Jane’s lap.