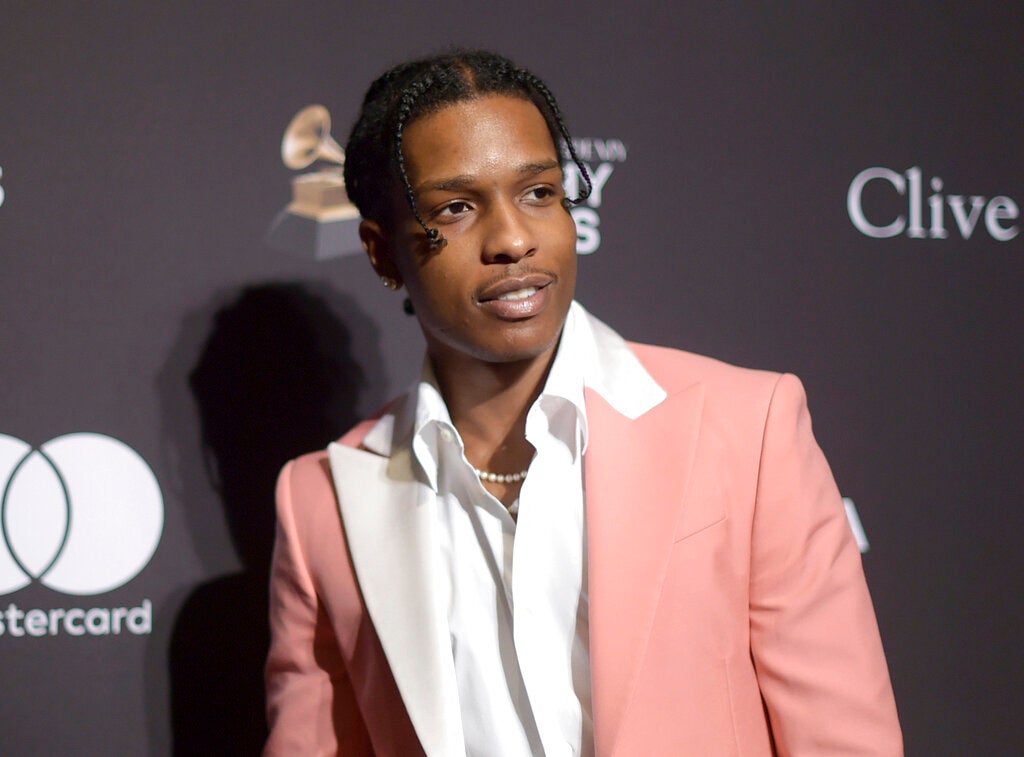 WASHINGTON — Urged on by the first lady and celebrities including Kanye West and Kim Kardashian West, President Donald Trump said Friday he is trying to help free rapper A$AP Rocky, who has been held in police custody in Sweden for weeks.

“I will be calling the very talented Prime Minister of Sweden to see what we can do about helping A$AP Rocky,” Trump tweeted from aboard Air Force One, where he said he had just spoken with Kanye West about Rocky’s situation.

“So many people would like to see this quickly resolved!” Trump said.

Rocky, a platinum-selling, Grammy-nominated artist whose real name is Rakim Mayers, has been behind bars since early this month as Swedish police investigate a fight he was allegedly involved in in Stockholm before appearing at a music festival. It was not clear who else was involved, but videos published on social media appear to show a person being violently thrown onto the ground by Rocky. A defense lawyer has said it was self-defense.

Rep. Adriano Espaillat, D-N.Y., has also been pushing for the rapper’s release and has been in contact with the State Department and the U.S. Embassy in Sweden.

One senior administration official, speaking on condition of anonymity to outline private conversations, said Kardashian West had reached out to Trump’s son-in-law and senior adviser, Jared Kushner, whom she has worked with closely, to tell him about the situation on behalf of her husband, a supporter of the president’s.

Kushner then briefed Trump, according to the official, who said Trump felt the case was worth looking into and directed his Secretary of State, Mike Pompeo, to see what could be done.

The State Department said Friday that it was following the case but declined to provide details, citing privacy considerations. Providing assistance to U.S. citizens detained abroad is one of the department’s most important functions, it said.

Kardashian West thanked Trump, Pompeo and Kushner via Twitter, along with “everyone involved with the efforts to Free ASAP Rocky & his two friends.”

“Your commitment to justice reform is so appreciated,” she wrote Thursday.

Rocky’s lawyer, Slobodan Jovicic, told The Associated Press that his client was aware of the president’s comments and “is very thankful for everyone who has reached out to show their support.”

“It means a lot to him, but we are focused on the case that we have in front of us,” he added.

Trump did not mention Kardashian West or Kushner to reporters in the Oval Office on Friday and said it was his wife who had originally brought the case to his attention.

“She was telling me about, ‘Can you help A$AP Rocky?'” said Trump, who said he’d also heard from others.

“We’re working with the State Department, and we hope to get him home soon,” added first lady Melania Trump.

Ohio pastor Darrell Scott, a black longtime Trump supporter who has worked with the administration on urban justice issues, said he was among those who raised the issue with Trump last Friday night after Rocky’s management reached out for assistance.

“We know that this is a high priority for the president and the State Department, at the instruction of the president,” said Kareem Lanier, co-chair of the Urban Revitalization Coalition who credited the White House with ensuring Rocky A$AP was moved to better holding conditions.

Both Lanier and Scott rejected the idea that Trump was calling attention to the issue to distract from criticism of his attacks against four Democratic congresswomen of color, noting the administration had been working on the issue before the latest brouhaha.

They applauded Trump for shining attention on the issue.

“Any time President Trump gets involved in anything, it brings a level of attention” to an issue that cannot be matched by those who “don’t have that cache or reach,” Lanier said.

Stockholm’s District Court decided Friday that Rocky would remain in custody another week to allow police to complete their investigation. They have until July 25.

Jovicic, Rocky’s attorney, said he felt the decision was “unjust,” but remains confident in his case.