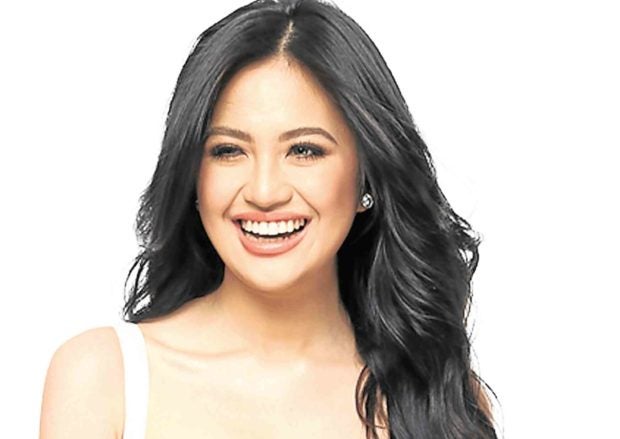 Because her voice and musical preferences gravitate toward pop and R&B, Julie Anne San Jose expects her coming solo concert, “Julie Sings the Divas,” to take her out of her comfort zone.

As its title suggests, the show will put Julie Anne’s pipes to the test with a repertoire composed of vocally demanding songs from some of the most vaunted international divas, including Whitney Houston, Mariah Carey and Celine Dion.

“This is going to be a hard one because lots of the songs I will be doing aren’t of my usual genre. In past concerts, I mostly did pop, R&B and a bit of dance. I also showcased my skills in playing instruments,” she told the Inquirer in a recent interview. “But this time, it’s going to be about the vocals. It will be hard, but I’m looking forward to it.”

For the 25-year-old GMA 7 star, taking on songs by Whitney, Mariah and Celine presents different challenges. “Whitney’s voice is just so powerful and soulful. Celine’s tone is very clean and soothing. Mariah, on the other hand—aside from the fact that she whistles—does a lot of intricate riffs and runs,” she related.

The one song Julie Anne’s most wary about, however, isn’t from the said three pop icons, but from Canadian vocalist Lara Fabian.

“It’s called ‘Adagio.’ I don’t think it’s a popular song here, but it’s incredibly beautiful and full of passion. I’m still not sure how this will turn out, but I’m excited for everyone to hear it,” said Julie Anne, who will be accompanied by the UP Concert Chorus and the UP Arco String Orchestra.

The concert, which will be held at The Theatre Solaire on July 20 (call 891-9999), will also have the singer-actress revisiting her days as a hopeful in the talent search, “Popstar Kids.”

“I will be singing some of my past contest pieces, like Whitney’s ‘I Have Nothing’ and Christina Aguilera’s ‘The Voice Within.’ These songs are special to me because I sang them when I was 12. It’s always nice to reminisce,” she said. “It will be interesting to give them a more mature delivery.”

“I make it a point to study the songs I sing, but not to the point that I would end up just imitating the original versions,” she added. “I want to give them my own renditions.”

While her performances would be inevitably compared to those of her peers, Julie Anne said she will just focus on doing her own thing. “I’m not out to compete. I just want to perform and give it my best shot,” she said. “I just want to be me, show who I am and the music I do.”