‘Picross: Lord of the Nazarick’ to match anime with picture puzzle format

Picture puzzle maker Jupiter Corporation has looked to oddball anime “Overlord” for its latest source of visual inspiration. The result: “Picross: Lord of the Nazarick”, which takes images from a cartoon series about being stuck inside a game, and sticks them inside its own game. 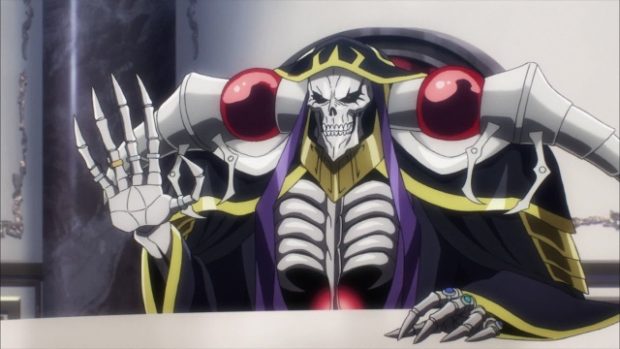 Some 519 visual logic puzzles are contained within “Picross: Lord of the Nazarick”, the latest game from Jupiter.

The company created over a dozen “Picross” games for the Nintendo 3DS — including typically adorable crossovers with “The Legend of Zelda”, “Pokémon”, and “Hello Kitty” company Sanrio — and the current “Picross S” series for the Nintendo Switch.

Nonogram or picross puzzles are generally known for their mildly challenging and ultimately satisfying nature, hence the easy overlap with charming characters and game mascots.

This time, however, Jupiter has found its inspiration in novel, comic, and cartoon series “Overlord”, centered around a towering and apparently infallible skeleton king who hides a terrible secret.

Originally published in 2010 as an online illustrated story, then collected and distributed as an ongoing series of light novels, comic books, and animated TV series, “Overlord” is actually about the last player of a once-popular fantasy massively multiplayer online game (MMO) who gets trapped within the game.

Instead of being a typical, plucky every-person-destined-for-greatness persona, the lead character is stuck pretending to be an all-powerful undead in charge of the Great Tomb of Nazarick, while hoping none of their genuinely competent minions realize they are playing catch-up — and simultaneously searching for a way to abandon the whole thing.

A demo for the “Overlord” picross game will be releasing July through the Nintendo Switch’s Japanese eShop, Famitsu reports, ahead of its July 25 release. RGA