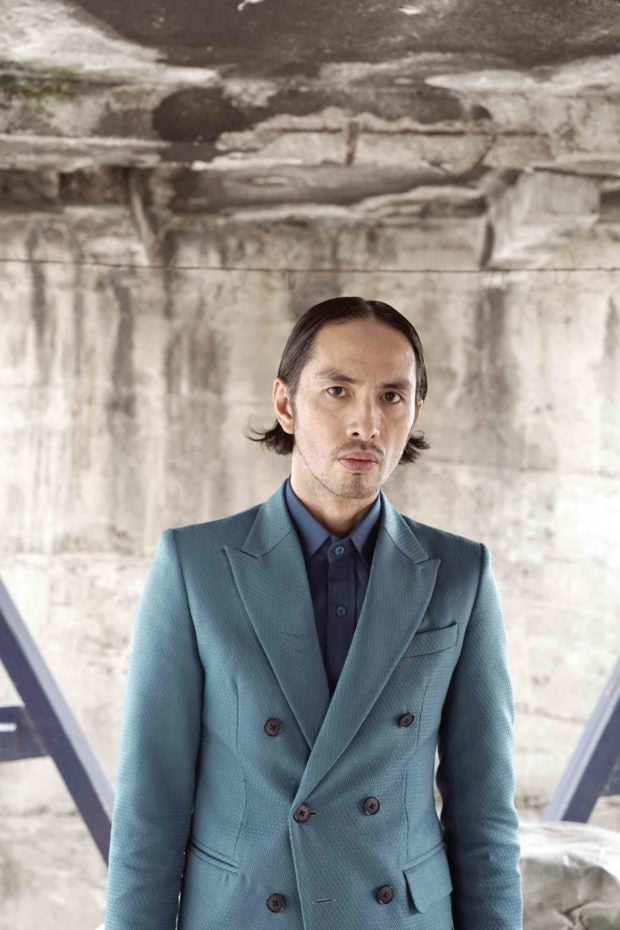 For the first time in a long while, during his self-imposed, two-year break, Rico Blanco found himself listening to music—not to pick it apart or as a creativity exercise—but for the sheer joy it brings.

“I was like a kid all over again. And because there wasn’t any pressure on me, I actually ended up writing more songs than usual,” he said in a recent interview.

As a result, his voice notes app is filled with hundreds of songs, completed and otherwise. One of those is “Nagbabalik,” his latest single that features the pop-funk group, IV of Spades.

The song talks about capitulating to feelings that are supposedly already buried. But its title could also be construed as an apt representation of his current mindset.

“It’s about me … the music scene in general. It’s the song that made me want to come back. I didn’t decide to come back and then write a song about it … I sort of stumbled upon it. And I thought, ‘Why not do this song with Spades?’” recalled the rock musician, who has nothing but good words for the burgeoning young band.

“They’re so full of imagination,” he said of IV of Spades’ Zild Benitez, Blaster Silonga and Badjao de Castro.

It has been almost four years since Rico released his last album, “Dating Gawi.” But he’s not in a rush to produce one.

“I’m not hearing an album in my head at the moment—not for myself, at least. I’m hearing something, but for a different persona. Not for Rico Blanco,” the singer-songwriter pointed out, perhaps referring to a concept similar to Fiesto Bandido, the alter-ego he assumed onstage for his “Galactick Fiestamatik” album, early in this decade.

For the meantime, he will be taking the singles route in releasing new material, which has become more prevalent with the advent of music streaming.

The former vocalist and chief songwriter of the iconic 1990s alternative rock band Rivermaya recently assigned his catalog of some 70 songs—including those from Rivermaya’s 2000 album “Free” onward—to Viva Music Publishing, which will be managing it for the next couple of years. And one of the side deals, Rico related, was a string of collaborations with Viva artists.

“I’m meeting with Sarah Geronimo soon. I have this song I wrote 20 years ago, which I don’t think I can do,” Rico said. “But I think it would suit Sarah. Her or maybe someone like Gary Valenciano.”

Meanwhile, he clarified that it was not burnout, fatigue or a dwindling love for music that prompted him to go on a lengthy hiatus. He simply wanted to slow down and recalibrate, do all the things he had put on the backburner, and map out his life beyond the daily grind of the music industry.

“I was doing more shows, more songs … an album. These are all good things and I had nothing to complain about. But it was just more of the same; there was no real shift in my life,” he said. “So sometime in 2016, I thought it was time to put on the breaks and do the things—simple things—I have always wanted to do.”

“I wanted to spend more time with my family and friends. I wanted to travel, explore the country and the world; now is the best time to do it because I’m getting older. I wanted to finally get my diving certification, which I had been putting off for the longest time due to my schedule,” he added.

Now, Rico returns to the scene with a “peace of mind” that comes with knowing what to do with his life, should he finally hang up his guitar.

“I was able to plant seeds for the long-term during those two years: In a few months, I’m going to move to La Union and, ultimately, to El Nido. I want to live near the beach,” he said. “And perhaps build a studio.”

He can say that he’s at his happiest and most content at the moment. He’s not exactly rich, but he has been able to build a safety net for his family.

All Rico ever really wanted was to hear his song on the radio. And he did just that—and more.