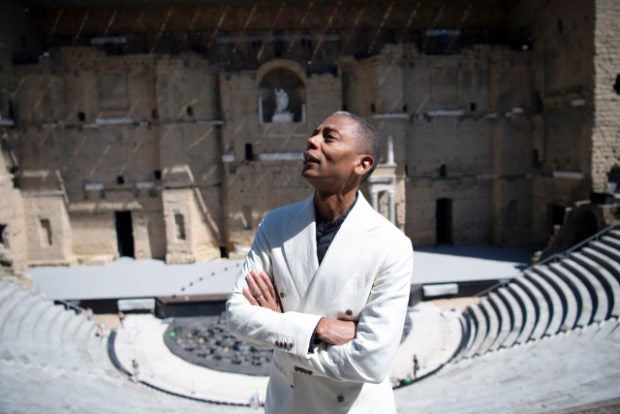 The American DJ and record producer who founded the hugely influential Detroit collective Underground Resistance, said “bubblegum” pop has taken over the dance floors, airwaves and earphones of the world over.

“Music, especially dance music, used to be more political. The makeup of the people back in the 1970s and early 1980s was very mixed between gay and straight, people from everywhere, it was a melting pot.”

That “made it easier to speak about certains ideas like violence, brutality and racism,” Mills insisted.

“Now electronic music is primarily made by a certain type of people, typically middle class that probably have a pretty comfortable lifestyle.”

The more political concerns that Mills believes music should have now “have been pushed aside at a time (when) there should be a voice.”

The composer known as “The Wizard”—who is performing with a classical music orchestra at the Orange music festival in France Thursday—said that “dance music is pretty much predicated on the idea of escapism.

The 56-year-old, who has constantly reinvented himself since emerging from the deprived West Side of Detroit, was also key in bringing Detroit techno founders Derrick May, Kevin Saunderson and Juan Atkins to notice.

Mills, who has been extending techno’s boundaries by working with orchestras for more than a decade, said he and the fellow Underground Resistance members Mike Banks and Robert Hood had to fight against the weight of prejudice as they opened up the horizons of electronic music.

“Planets and stars and futurism and time travel—these types of visions aren’t supposed to come from black guys from Detroit,” the composer has often repeated.

“Based on the American government, when I was a young kid, their plans for me would be either be in jail or dead—so for young black kids in America, there was no help,” he told AFP.

“When you talk about being free it is not just music, but in your thinking,” he added.

Yet he is sanguine about not receiving the airplay many of his fans feel he should have.

“It reflects society where more people like pop, simple, easy, bubblegum things rather than deep music that has a message,” he added.

Mills said many people had hoped that a new genre mixing electronic and orchestral music would have emerged in the early 2000s.

“But the process has been slower” though it is changing, he argued, “especially (among) young people when they come to these concerts they see how easy and fluidly we work together.”

Mills said he still finds “some reluctance” among classical musicians about throwing themselves wholly into the experiment.

But “if I can destroy the notion that everyone is not supposed to engage and mix and have a conversation together” then a new style of music may emerge, he argued. NVG