Eric Dane on getting naked, beating depression and battling his own demons | Inquirer Entertainment

Eric Dane on getting naked, beating depression and battling his own demons 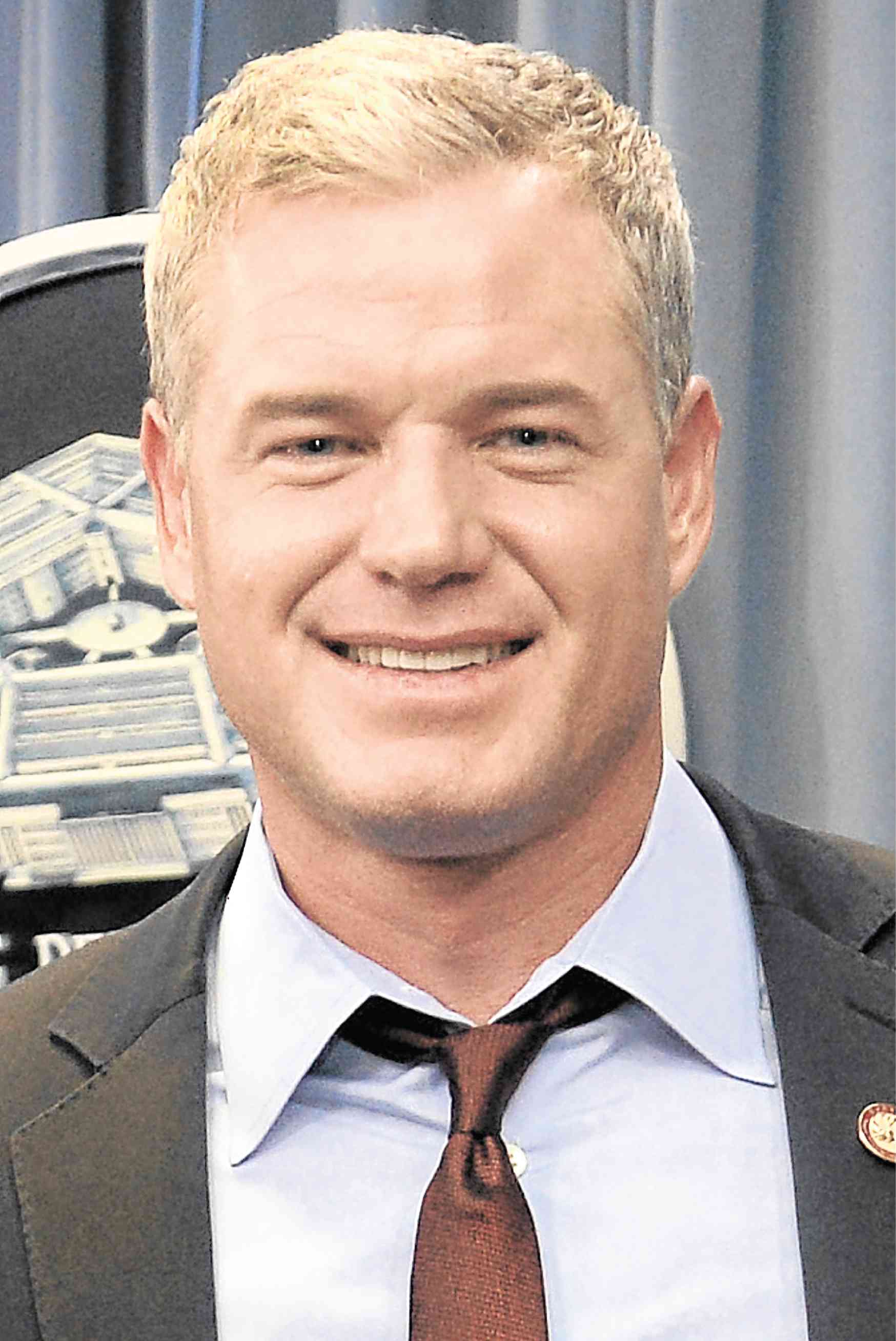 HBO’s critically acclaimed teen-drama series “Euphoria” (Mondays at 10 a.m.) is getting a lot of crowd-drawing traction as much for its graphic sex scenes and full-frontal nudity as it is for its take-no-prisoners approach to storytelling.

For dashing actor Eric Dane, who portrays  secretive businessman Cal Jacobs, getting cast in a show that is even steamier than his career-boosting McSteamy character in “Grey’s Anatomy” is something he welcomes with open arms.

“‘Euphoria’  takes a raw and unapologetic look at teen life. I didn’t really find it too daring, not even for McSteamy,” Eric told us with a laugh in our recent chat with the actor. “I didn’t see how you could tell these stories without being daring, especially if you want to tell them truthfully.

“The first time I read the script, I thought it was beautifully written by (creator) Sam Levinson. He is fantastic with words. I knew that if I were to play a character like Cal, I’d be in good hands with Sam around—because I trust him implicitly.”

Eric said he didn’t think teenage life these days is darker than it was in his youth, however. “I can only comment on my own experience,” he pointed out. “True, my teenage years were not like this. Answering machines were just introduced when I was in my teens (laughs), so forget about social media.

“In my 20s, after I moved to LA, I certainly experienced some of the issues being depicted in the show. It’s always been dark, but I don’t think it’s indicative of the entirety of a teenager’s life.

“Certainly, the circumstances involved in telling these stories come from a place of sincerity. Darkness is everywhere, and people have been exploring teenagers’ lives for a much longer time. But there’s ease and a certain openness about these issues nowadays.”

The drama series tackles sex, drugs and other social problems. Admittedly, even the 46-year-old actor had to deal with some of those issues before he finally found his way “out of the woods.”

“If I’m going to tell these stories, I certainly want to make sure I’m part of something that endeavors to tell them as truthfully and boldly as it can,” he shared. “I have had some experiences with getting mixed up in some wrong things. I’ve also had struggles with mental health and addiction, so I’m willing to tell somebody else’s story as much as mine.”

The show may not be as “wholesome” as his previous projects, but Eric thinks it nevertheless deserves viewers’ support.

“In terms of characterization, I don’t see roles as being negative or positive,” he quipped when asked to explain why he decided to accept a role that is more “provocative” than usual. “I’m an actor, and bringing a character to life is what I do. I like to explore human behavior and try to interpret that as articulately as I can so the audience can be moved to feel certain things and possibly look at them differently. More than that, the world Sam has created is rife with these opportunities. So, for me, it was a no-brainer.”

Another scene that had social media abuzz is his character’s full-frontal exposure in a sex scene with 17-year-old trans girl Jules (Hunter Schafer).

Asked to talk about that buzzed-about prosthetic penis, he explained why he ended up using a fake, uh, appendage.

In fact, Eric says he would’ve been willing to do the full Monty—if the role really called for it, and with a certain condition.

Our Q&A with Eric Dane:

You used a prosthesis in your sex scene with Hunter. Would you have agreed to do away with it? It depends. If it was an isolated shot that just required my body, I was open to doing the scene without it. But if you’re working with another actor, the use of a prosthesis is protocol.

Sam Levinson mentioned in one interview that “Euphoria” was supposed to be darker or more daring than the current form we see on TV. Any comment? I can’t speak for Sam. But I do know the scenes we shot, and I also know what ended up on the screen. And I can say it hasn’t been toned down; it just has been “truncated” a little bit.

In terms of characterization, how do you relate to Cal Jacobs’ demons? I’ve had battles with my own demons, and I don’t see much of a difference between the double life Cal is leading and the double life I was leading at some point in my life.

At the end of the day, the demons Cal is battling are about control and the secrets he keeps—something I also struggled with.

We don’t have the same specifics, but the feelings attached to them are the same.

As someone who has battled and overcome depression, and who’s now living a healthy and stable life, what advice would you give others who might also be suffering from it? The only way out is through it. I don’t want to sound like a bumper sticker, but it’s true.

A permanent solution to a temporary problem is never a good idea.

What was it like working with Zendaya and the other young members of the cast, like Hunter Schaefer? The show has put together a tremendous cast. These are wildly talented actors, starting at the top with Zendaya, who turns in a fearless, courageous and very honest portrayal of a recovering addict, Rue Bennett. I don’t know where these guys came from, but they’re all fantastic—and they’ve got a great future ahead of them.

Having a show like this is important for this generation’s young people. Their voices are as powerful as their ideas, and their opinions are fresh, so it’s great that we have something that allows them to be heard.

With this show, if what we’re doing is an accurate and realistic depiction of what goes on in young people’s lives, then that’s fantastic. 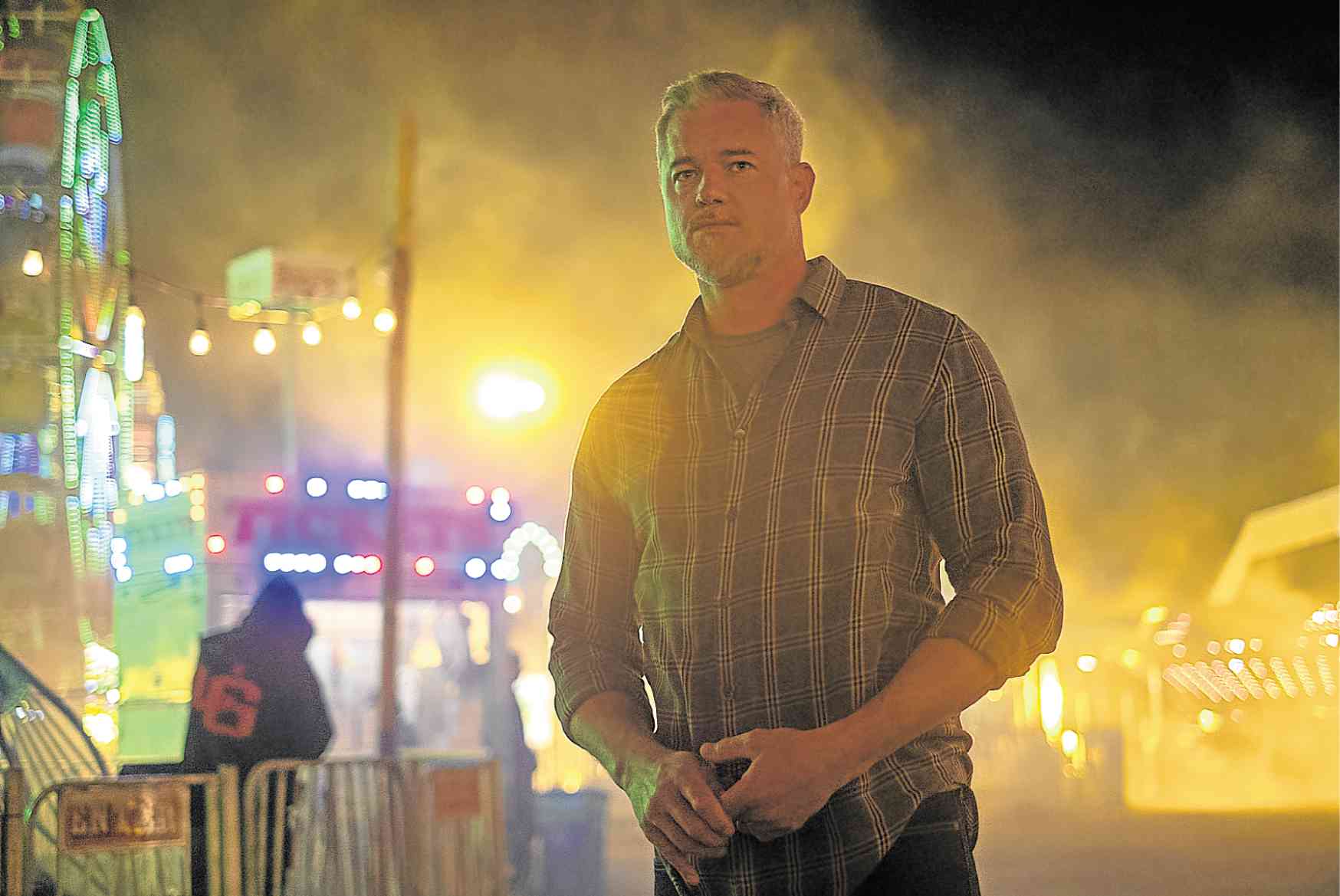 Speaking of Hunter’s trans girl character Jules, what was your motivation for that sexual encounter with her?  My motivation for Cal was all about controlling the circumstances for that environment.

At the end of the day, Hunter and I just wanted to make that scene look as real as it did. She was great to work with, and I think the scene looks very believable—which makes for good storytelling.

What’s your relationship with social media, which is a big theme in “Euphoria”? Do you engage your followers the way the characters do in the show? I understand that social media is a necessary tool to promote whatever project you’re working on.

Socially, it’s not my thing as a means to connect with people outside of letting the fan base know what I’m doing. The younger crowd is using it as a means to communicate with each other, but I come from the telephone era (laughs).

It’s been a long journey for you from “All My Sons” (his first play in high school) to “Euphoria.” Did you see yourself pursuing a career in acting when you acted in that school production? I grew up watching a lot of TV and movies. But from where I was in San Francisco, I wanted to know how people got on TV, which was what I’ve always wanted to do. That didn’t necessarily mean it was going to come to fruition.

It took a lot of hard work after I moved down to LA when I was 19 years old. I struggled for a long time. Fortunately, things started to work out for me, so here we are (laughs).

You’ve been single for more than a year already. Do you feel any need for romance in your life now, after your 14-year marriage to Rebecca Gayheart ended in divorce last year? I’ll jump off that bridge when I get to it (laughs).

For now, I have my 9-year-old daughter in the passenger seat who’s got her headphones on. But I gotta tell you, we all get along very well.

“Euphoria” is HBO’s first teen drama, which is different from other teen stories of its kind because of its graphic nudity. Assuming that this series is meant as a cautionary tale for teens, don’t you think exposing them to that much nudity presents a problem? That’s a loaded question. But, that’s really for the parents to determine whether or not they want to let their kids watch something like this.

We all know there are other ways kids can watch the show even without having to ask for their parents’ permission.

Plus, I gotta say that there’s nudity in real life, so I can’t imagine it having a negative effect on them.

You haven’t been seen on the silver screen for some time. Your last movie was 2017’s “Grey Lady.” Was it a conscious decision not to do films for three years? After I stopped working on the TV series “The Last Ship,” I took some time off to reflect, get myself together and take a different approach to my life, personally and professionally. It was a while before I started looking at other roles to play.

But I have a movie I’m going to do in Madrid in a couple of weeks called “American Carnage.” So hopefully, I’ll be back on the big screen at some point. But I have to tell you: I love TV, and I’ve consistently been a part of that world.

Could you describe the different grind that you have to go through when you’re doing a TV show, compared to shooting a film? TV is an eight- to 10-day shooting schedule per episode, and depending on whether or not it’s for a network or cable show.

The length of the season in a network is obviously longer for an hourlong drama with 22-plus episodes. So, you’re working for about 10 months out of the year, and you get through your days pretty quick.

In contrast, movies take a lot more time, where you shoot one to three pages a day.

With “Euphoria, it’s an hourlong episodic TV show, but we’re shooting it like we’re doing a film. We really take our time. Like, with the last two episodes of the season, it was a 20-day schedule for each episode, which is dramatically different from pretty much what anybody else is doing on TV, with the exception  of shows like “Game of Thrones.”

The public knows you as Dr. Mark Sloan aka McSteamy in “Grey’s Anatomy.” Has it been difficult for you to escape the shadow of such a popular role? I’m grateful that I had the opportunity to play a role that became iconic. It’s not like I would ever run away from something that’s on my resume. Besides, actors are always going to be remembered for some of the roles they play, regardless of how great they are or how many fine performances they have turned in.

There are a few roles that truly resonate with people—and Mark Sloan is one of them. I’m just grateful for the opportunity to be that guy.