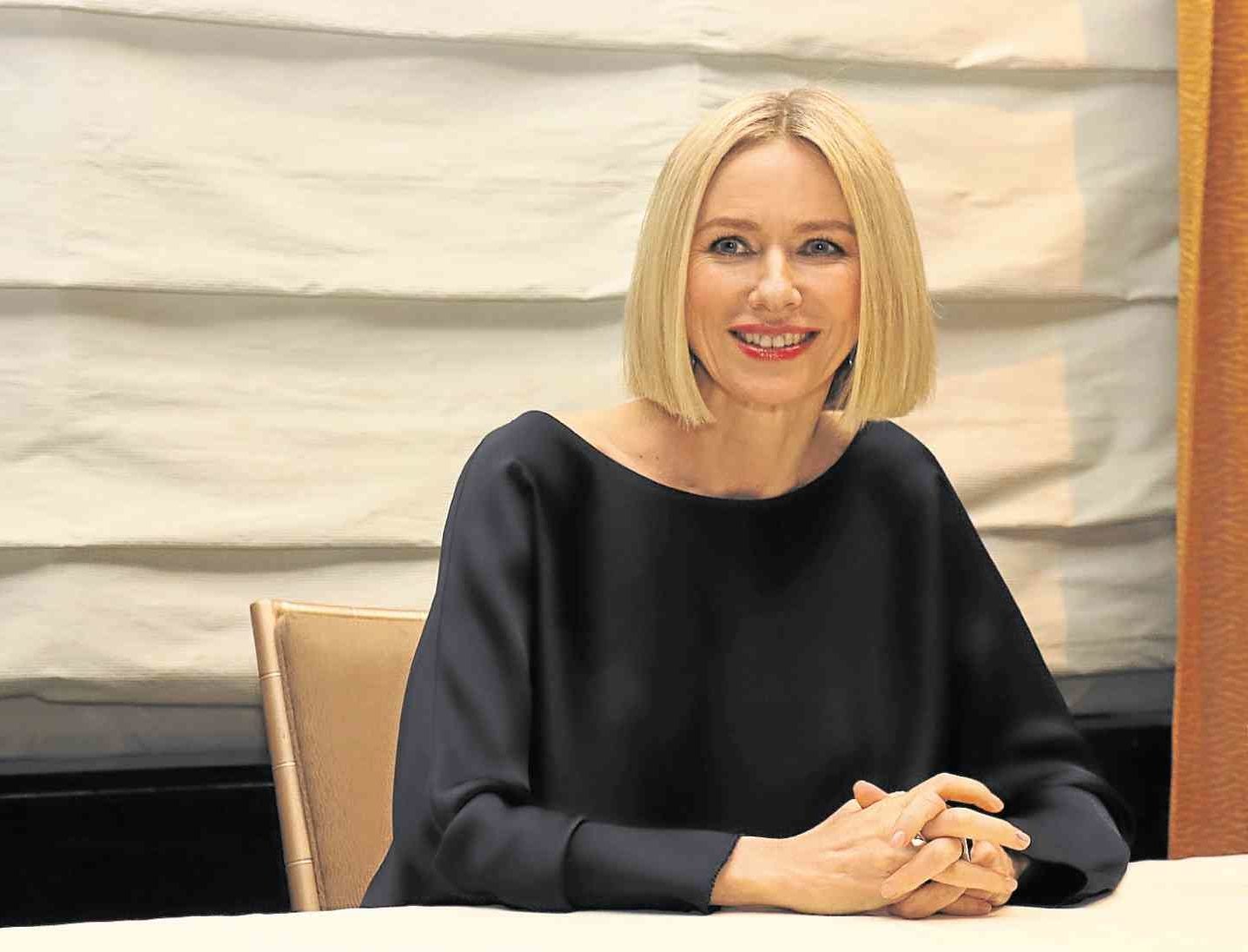 LOS ANGELES—Naomi Watts and Sienna Miller’s roles in “The Loudest Voice,” Showtime’s biopic of Roger Ailes—the late Fox News chief who was brought down by sexual harassment allegations and settlements—stirred the actresses’ discussions of the #MeToo Movement.

In the miniseries based on Gabriel Sherman’s book, “The Loudest Voice in the Room,” Naomi plays Gretchen Carlson, the former Miss America who became a TV commentator, journalist and author.

Naomi talked about her experiences with harassment, which she said exists “in every industry.”

The Aussie actress elaborated, “I had more than a few of those situations, including when I started out in acting school. You took the notices down for where to go for auditions, and you end up in a place you shouldn’t be at. You don’t know how to manage that situation as a young girl. You don’t have that agency to say, ‘No, I don’t feel comfortable.’

“Or you say as much, and then you’re challenged, and you want the job. It’s so confusing and hard. And then other times just being on the street, running into a man with an open coat and nothing on, or being followed home when you were in a school uniform.

“And other times in work situations where I was older and being directed by someone who was quite making me feel uncomfortable. So, I’ve had more than a few of those situations go down and, luckily, I’ve learned a lot from them over time. It’s not happening [to me] now.

“I’m so glad that this (#MeToo) movement took place and that voices are being heard. My heart breaks for those women who have gone through things like that, and this, what Gretchen went through. I’m just glad that now, things have changed in such a marked way. It feels like we’ve set things up in a much safer way for the next generation—and that’s encouraging. That’s heartening.”

The actress, noted for such films as “21 Grams,” “Mulholland Drive,” “The Impossible” and “Birdman,” said she does not tolerate sexual misconduct when she sees it. “I’ve had my eye on certain people I’ve worked with and seen how they’ve been pushed around a little bit. I’ve given my two cents’ worth [to those responsible]. I’ll definitely be there to stick up for anyone who needs my help.”

Naomi credits Gretchen for helping pave the way for the formation of the #MeToo Movement. “She really, inadvertently, created the #MeToo Movement. She was the first one to take down a man of that size, of power. He created a toxic environment where women didn’t get to be more than a pretty face and a skirt, basically. They were kept on a level. It was very much a misogynistic world.

“And Gretchen wasn’t going to settle. She had to push back. She didn’t feel right about the fact that she wasn’t getting the promotions. She was demoted at a point where her ratings were at the absolute highest point in her career. They were just trying to phase her out, to squash her, to undermine her. And that’s when she had to go into a real case of self-preservation. And that meant, ‘OK, I’m going to fight my corner.’”

Asked if there are similarities between Roger and Harvey Weinstein, the studio mogul whose downfall was also brought about by many women accusing him of sexual harassment, Naomi answered, “This is what this story is about—it’s an abuse  and misuse of power. It seems to me that with both of these people, there were many systems in place that it was just ‘Yes’ all the way, and support all of the way.

“Nobody was checking and balancing them and challenging them with their ideas. That’s when it goes too far. Absolute power, if it’s used in a corrupt way, is too much.” 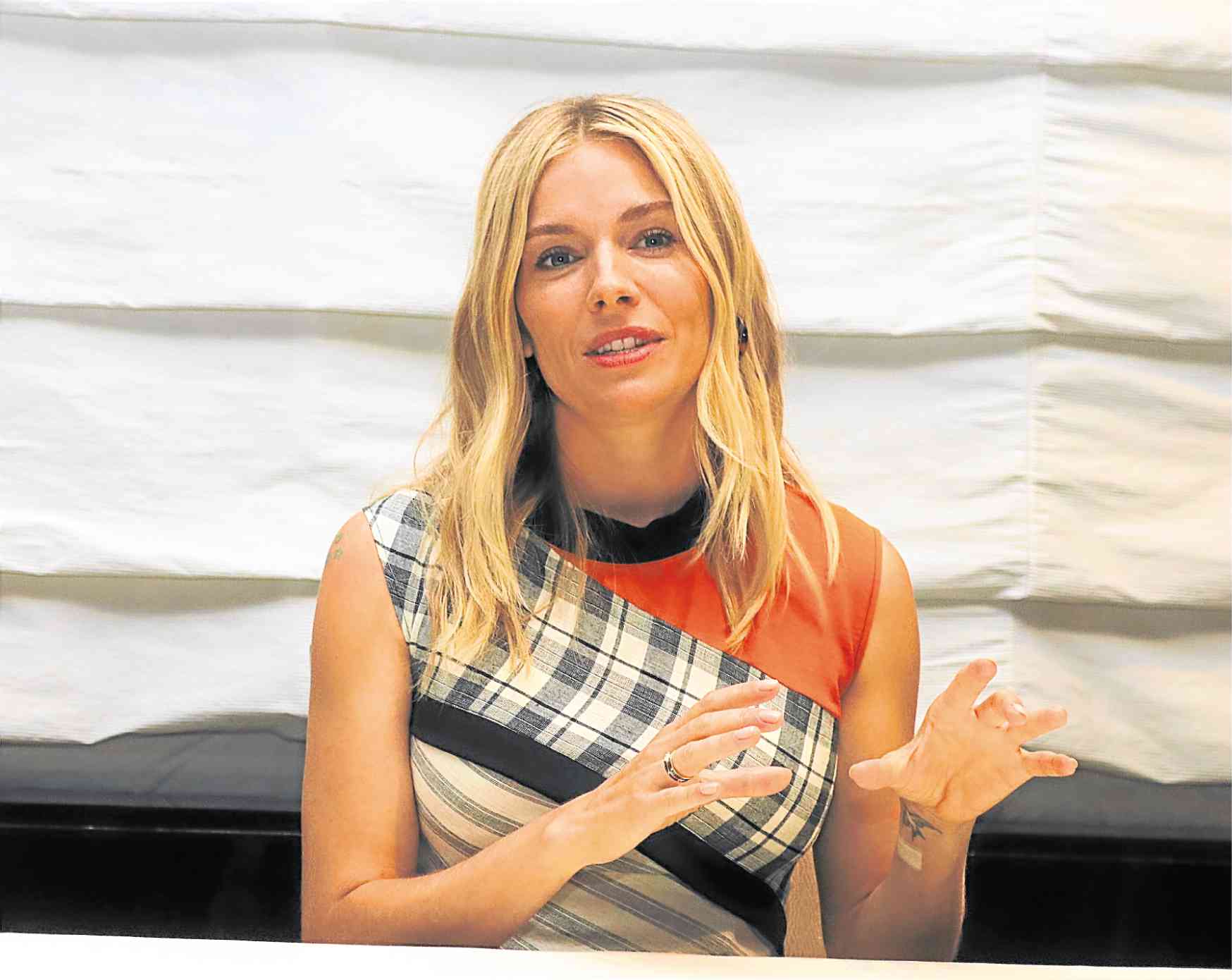 Sienna portrays Beth Ailes, who remained the wife of Roger until his death in May 2018.

“I think Fox as a network was set up to give a voice to a vast population in America that was underrepresented in the media,” Sienna said. “It’s completely partisan and very manipulatable. I’m sure people have said this before but without Fox News, there is no Trump. It has had a huge impact on our culture.

“If you watch Fox News for long enough, they’re so convinced of the truth that they’re speaking, which gave birth to fake news and all of this. It’s pretty scary.”

“These stories are important in light of the #MeToo movement,” declared the British-American actress. “I think this show will enable people to be outspoken about their experience. There’s so much shame around victims of abuse. It’s so painful to put yourself out there, but I do feel like the more these stories are explored, it becomes a collective experience and women and men are emboldened to speak up.

“That being said, for me the most interesting thing about this was really looking at the birth of that network. I have a big history with Rupert Murdoch, having been involved in the phone hacking (scandal—Murdoch’s news subsidiary apologized to Sienna for intercepting voicemail intended for her) and helping to bring down The News of the World.”

The defunct tabloid, owned by Murdoch, admitted that information obtained from phone hacking was the basis for stories involving Sienna, Jude Law and Daniel Craig.

“So there was something fascinating about being in that orbit, just from an observational point of view. What is that world, is something I’d been curious about.”

Sienna said she has experienced what Beth must have gone through, being in someone’s shadow. “I had, by some form of just upbringing and the gendered world that I grew up in, felt inferior. I walked into a room of men and I, in the past, have felt less than them. I’ve tolerated being underpaid for my work. There are deeply entrenched gendered things, which I still have to struggle to overcome.

“I feel that as a result of this (#MeToo) movement that’s happening, however extreme it is at moments and whatever anyone’s opinions are of it, I feel there’s a wave of support behind all of us, in my industry, and it actually goes out into other industries. And that’s been immense for me. I’ve been paid but nothing, 90 percent less than the costars I’ve been with.

“I realized that being valued for your work and being paid for it is a good feeling. Now, you walk into a room with more confidence because you have a sense of value. These men have been having that experience forever. So that’s why they’re so happy and emboldened.

“But yeah, I have felt inferior. Then, you give birth and you look at the man’s contribution to that whole experience. You’re just, ha, what is going on in the world? This doesn’t make sense. But certainly, at this point in my life, I’m the most grounded and confident that I’ve been.”