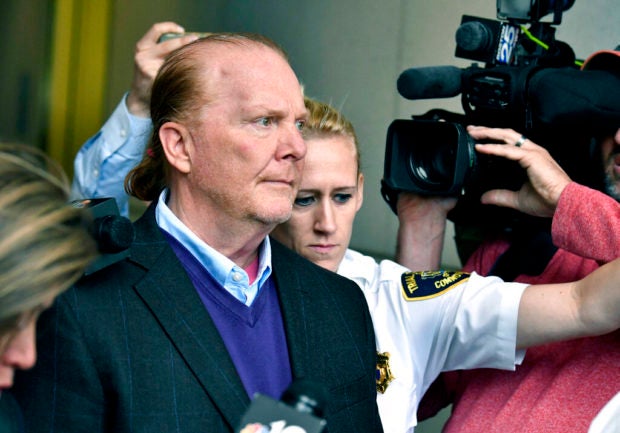 Mario Batali waived his right to appear at a hearing on Friday, July 23 in Boston, and a hearing on defense motions was scheduled at a later date. Image: AP Photo/Josh Reynolds, File

BOSTON — A hearing has been scheduled for next month in the indecent assault and battery case against celebrity chef Mario Batali.

Batali did not appear at a brief pre-trial hearing in a Boston courtroom on Friday. He had waived his right to appear.

A spokesperson for the Suffolk District Attorney says the next hearing will be Aug. 30 when a defense motion will be heard. Batali again will not be required to attend.

Batali pleaded not guilty May 24 to a charge that he forcibly kissed and groped a woman at a Boston restaurant in 2017. His career crumbled in the wake of that and other accusations of sexual misconduct.

The accuser says Batali noticed her taking a photo of him at the restaurant and invited her to take a selfie with him. She says Batali then groped and kissed her repeatedly without her consent. NVG

Weinstein: I ‘won the lottery’ with new lawyer