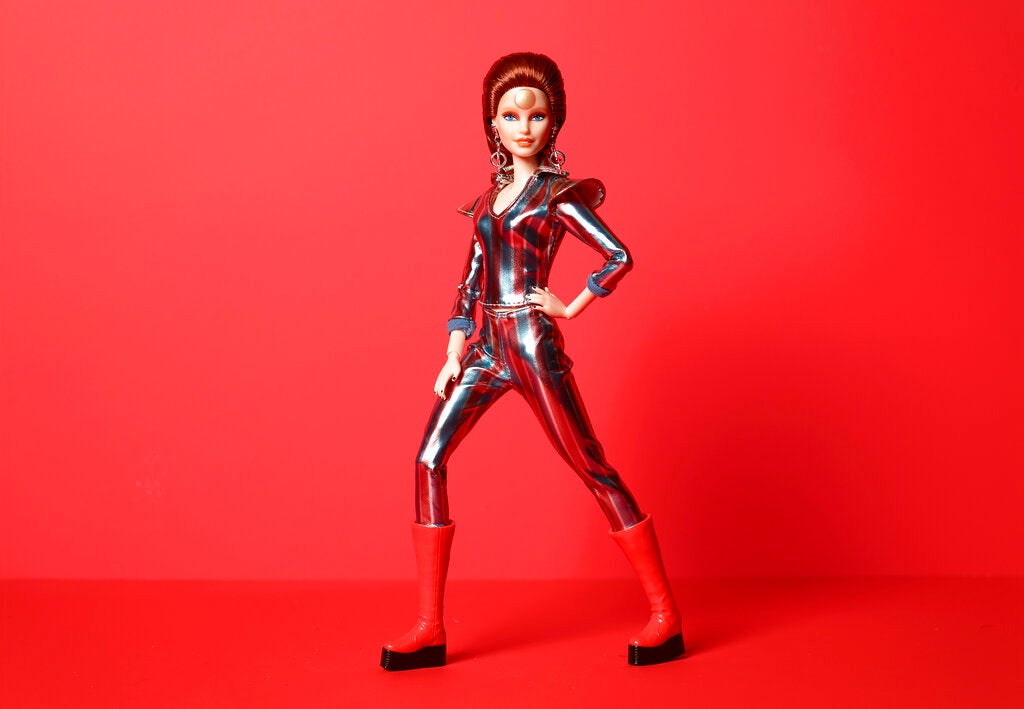 This image shows a Ziggy Stardust Barbie, honoring the 50th anniversary of the release of David Bowie’s iconic “Space Oddity.” The $50, limited edition Barbie Bowie doll was created in collaboration with The David Bowie Archive. (Mattel via AP)

NEW YORK — Barbie has been many things over the years. Now, she’s dressed as Ziggy Stardust.

In celebration of the 50th anniversary of the release of David Bowie’s iconic “Space Oddity,” Barbie overseers at Mattel released a collectible version of the doll dressed as Ziggy Stardust, one of his most beloved alter egos.

The $50, limited edition doll was created in collaboration with The David Bowie Archive.

The beloved rocker died in 2016 after battling cancer. He was 69.

Read Next
Ed Sheeran confirms he’s married to Cherry Seaborn
EDITORS' PICK
PH detects local transmission of Omicron subvariant BA.2.12.1
Luxe property: A way to build, preserve wealth
House energy committee chair Arroyo bats for cheap electricity
Petition to reverse Comelec decision on Bongbong Marcos’ DQ case reaches SC
OVP: Pilot’s claim vs Robredo ‘never happened’, a ‘malicious fabrication’
Honolulu Café is the cure for your Egg Tarts and Roastings cravings
MOST READ
Heart Evangelista gets a ‘no’ from Chiz Escudero after asking, ‘Do I deserve a bag?’
CebuPac places pilot under disciplinary review after ‘baseless’ post vs Robredo
Man posing as Marcos spox revealed to be an inmate in Bilibid — Guevarra
Young, poor and from minorities: the Russian troops killed in Ukraine
Don't miss out on the latest news and information.