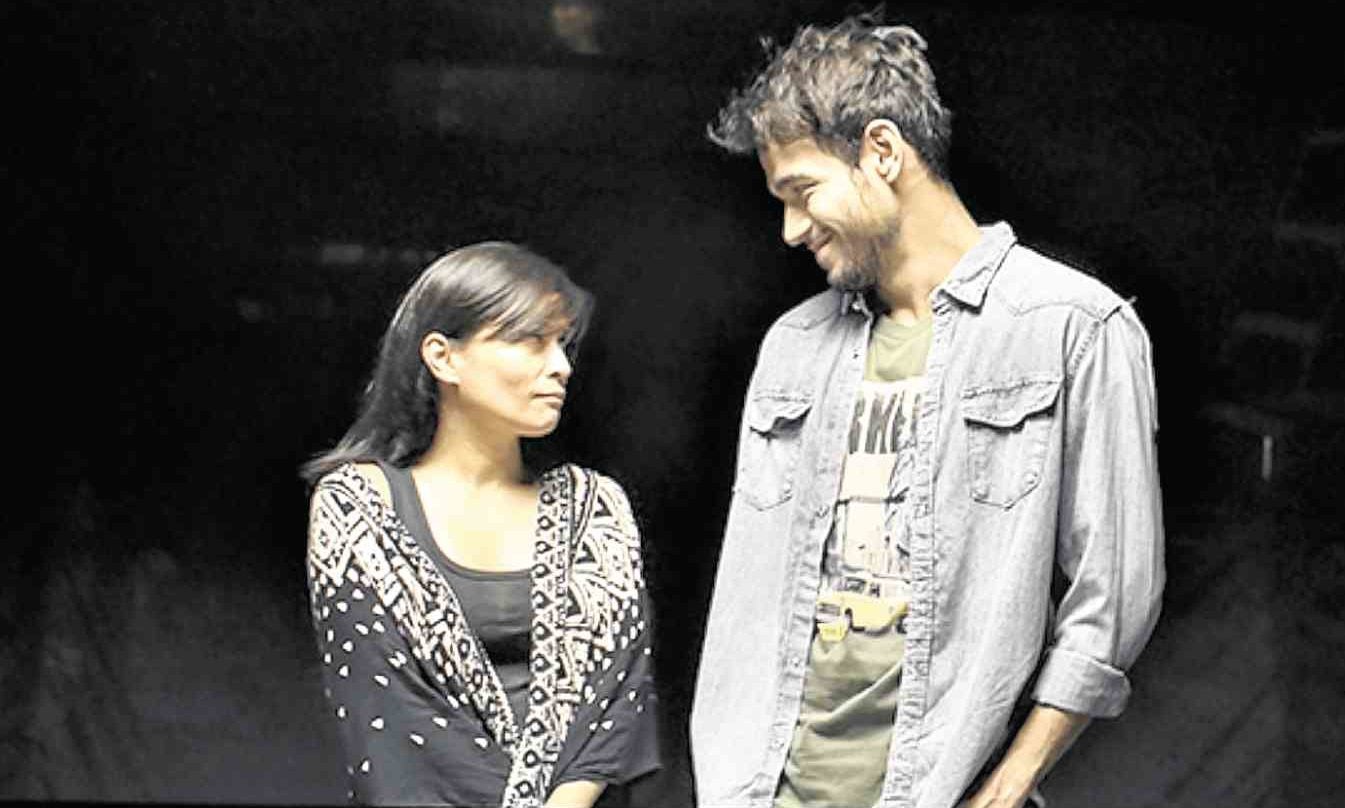 With all the kissing scenes they had to shoot for the romantic drama “Belle Douleur,” it was important for lead stars Mylene Dizon and Kit Thompson to attend a day-long sensuality workshop, according to its director Joji Alonso.

“They can’t feel awkward with each other. There should be a certain level of comfort and trust,” Alonso told the Inquirer. “They also watched a movie and spent lunch together so they would get to know each other better.”

“Belle Douleur” follows the May-December love story between Elizabeth, a child psychologist, and Josh, an antique collector. It is an official entry in the 2019 Cinemalaya Philippine Independent Film Festival.

Thompson told the Inquirer that the sensuality workshop “was more about the body. Since two people just met and are expected to immediately shoot love scenes, it’s better if they are already familiar with each other,” he explained. “The session also tackled trust and knowing each other’s boundaries. You become less inhibited to do your scenes together. It’s also partly about getting rid of the idea that ‘Oh no! My partner is a better actor than me.’”

While Alonso said Dizon was her first and only choice to play Elizabeth in the film, she had a hard time looking for the right actor to portray Josh. “Back then, Kit had not been active for a while, so I first considered several actors. They were either too old or too young to be Josh,” Alonso recalled.

Thompson was part of the fourth season of the reality series, “Pinoy Big Brother: Teen Edition.” He appeared in several ABS-CBN programs before he went to New York City, then to Los Angeles to study acting. He returned in 2017.

“Mylene and I both agreed on the physical trait of Josh. He has to be tall in order to balance the disparity of their age. It’s like, ‘I may be younger, but I’m bigger than you,’” Alonso explained.

The director said Thompson did not disappoint. “Nasabayan niya si Mylene. I guess there was a lot of pressure on his end. I told him, ‘You have to work hard. If Mylene is giving me 100 percent, you have to give me 200 percent.’ I saw the potential in him, but it was up to him to bring that out for his character.”

Meanwhile, Alonso said Dizon exceeded her expectations. “Fifty percent of my job was already done because I have a really good actress,” she pointed out. “Every time we’d take a ‘safety shot’ for a particular scene, she would give a different take on it, and I’d have a hard time choosing which one to use.”

Alonso said she has decided to “utilize the May-December love story as the film’s dramatic voice, but the narrative is really about women empowerment.”

She said she was aware that since she started making the film, there had been projects that carried the same theme, like the iWant movie “Glorious,” as well as “Malamaya,” also a Cinemalaya entry this year.

“There’s definitely an effect on the film. If you read comments, they all say this is ‘Glorious Part 2.’ But before I did this, I’ve probably watched almost 10 films on May-December relationships. There are a lot! They’re all beautiful stories,” she explained, adding that “Malamaya” is different in the sense that it deals with “stealing art.”

“Do I mind the comparison? Yes, I do, but I let it be. I can’t avoid it. There will always be comparisons, what with all the films being released worldwide,” she added.

“Belle Douleur,” Alonso’s first full-length feature, has helped so much in her “journey as a filmmaker,” she said. “It really gave me added wisdom.”

Directing has been “a humbling experience” for Alonso. She shot the film for 10 days in Manila and Marinduque.

As to whether or not her experience with “Belle Douleur” has inspired her to make another movie, Alonso, who’s also a corporate lawyer, pointed out: “My priority is still my law practice. I don’t plan the movie side of things, as far as directing is concerned. If something crosses my path and I like the material, I might give it a second look. It’s got to be something that will really move me enough for me to do the whole experience all over again.”

Cinemalaya runs from Aug. 2 to 11 at the Cultural Center of the Philippines.