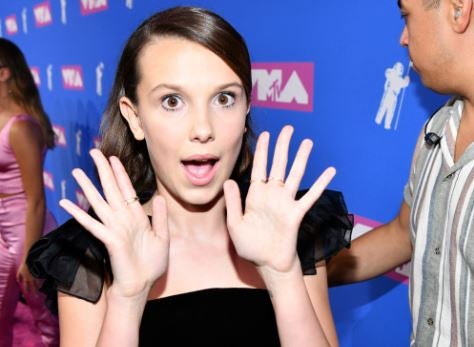 MANILA, Philippines — Manananggal, Miss Minchin and the monstrous Manila traffic are just a few of the “monsters” in the Philippines and the character Eleven from sci-fi series “Stranger Things” has the coolest strategies on how to beat them.

“I hear some of the scariest monsters in the world are in the Philippines, is that true?” Millie Bobby Brown, who plays Eleven, said in a video posted Thursday by Netflix Philippines.

“Since I’ve been known to take down a Demogorgon or two, no big deal, I thought I’d try and take some of them on,” Brown added.

To the manananggal who takes out babies from pregnant women, Brown said she would take it to therapy.

“You know what, I wouldn’t even fight her. I would just put her in severe therapy. Have your own children and love children. Children are great,” Brown said.

Described as the “terror to all Filipino children” who “abuses girls in her care,” Brown said Miss Minchin will have to be placed to therapy as well with the manananggal.

“I would put her in therapy with the one who sucks babies out of their mom and then Miss Minchin, they’re going to have some serious life talks together and they’re going to figure out their mental health state,” Brown said.

When Brown read the last “monster” which was traffic, the 15-year-old actress was left with laughter.

“I would beat this one by getting a helicopter and fly over traffic,” Brown said. “Have I been fighting the wrong monsters? I mean this whole time?”

Find out How ‘Stranger Things’ Raised the Bar for Netflix