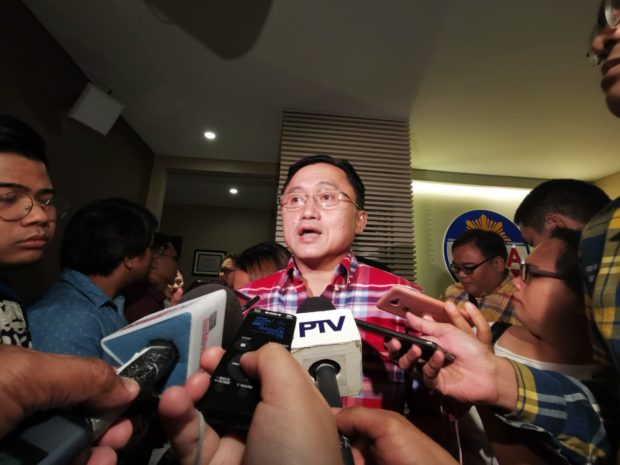 MANILA, Philippines — Saying that he wants to contribute to the growth of the Philippine cinema, Senator Christopher “Bong” Go on Wednesday suggested to the organizers of the Metro Manila Film Festival to stage the event twice a year starting in 2020.

Go said that he, too, is a “big fan” of Philippine cinema, adding that he was an avid viewer of the festival during its early years. He even bared that he would anticipate watching the “Shake, Rattle and Roll” franchise as it was a consistent film fest contender.

He also explained that with his role as a senator, he would want to help solve the problems that plague local film industry people.