The head of Cineplex Entertainment is defending the decision to show an American anti-abortion movie in the face of strong criticism from some abortion rights groups.

Ellis Jacob, Cineplex’s president and chief executive officer, said in a statement released Monday, July 8, that the choice to screen “Unplanned” at 14 out of the company’s nearly 1,700 screens across Canada was “a complicated one and it was not made easily or lightly.” 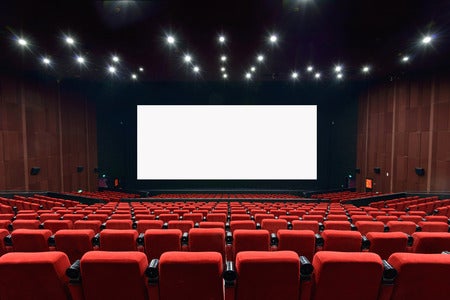 The movie is based on the memoirs of Abby Johnson, a former clinic director at Planned Parenthood who became an anti-abortion and anti-birth control activist. The movie is scheduled to open in Canada on Friday, July 12 at more than 24 cinemas across the country.

Jacob said controversial films are nothing new to the movie industry, but Canadians embrace freedom of expression.

“I understand and can appreciate the concerns about the film, but it is up to each of us to decide whether or not we want to see it,” he said. “In Canada, we have that option and I think it is an important thing to remember.”

On the movie’s website, Cary Solomon and Chuck Konzelman, the movie’s writers, producers and directors, say showing the picture in Canada “will make abortion unpopular.”

The Abortion Rights Coalition of Canada called the movie “a dangerous piece of anti-abortion propaganda” that could “incite fanatics to commit acts of harassment or violence against clinics or doctors.”

At least two movie theaters in Canada have reported being threatened for scheduling showings of “Unplanned”. Salmar Theatres in Salmon Arm, British Colombia, canceled a planned five-day screening of the film, saying its staff received threatens. The Movie Mill in Lethbridge, Alberta, said it is beefing up security for its “Unplanned” showings because of “a vocal negative opposition, who have indicated on multiple occasions boycotts and protests.” RGA/JB