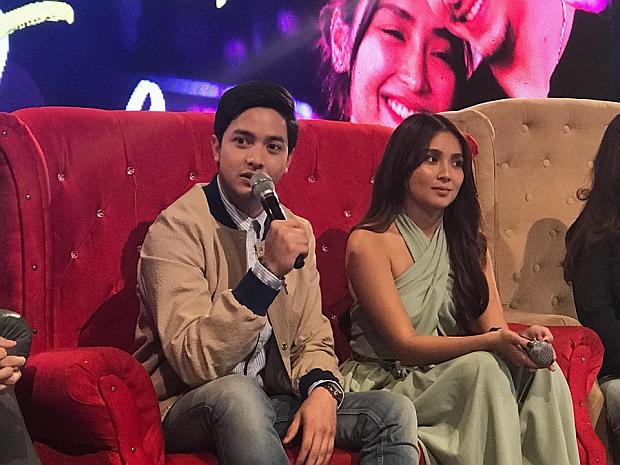 Alden Richards and Kathryn Bernardo at the press conference of “Hello, Love, Goodbye” on Tuesday, July 9, 2019, at the Dolphy Theater in Quezon City. (Photo by KRISSY AGUILAR / INQUIRER.net)

MANILA, Philippines — Alden Richards proves his dedication as an actor after losing at least 20 pounds for his anticipated film with Kathryn Bernardo “Hello, Love, Goodbye.”

The GMA actor revealed Tuesday how director Cathy Garcia-Molina confronted him about his weight prior to shooting the film in Hong Kong.

Instead of being disheartened by the comment, Richards said it became his motivation to lose some weight.

Richards certainly did not disappoint Molina.

The 27-year-old actor said he lost “around 20 to 25 pounds in a month and a half” and was proud to share he did this without the help of anyone.

“Sarili ko pong program. I never asked for any help. I just did my own workouts, did my own diet. So kaya ko pala siya mag-isa,” he said.

Thanks to this project, Richards said he was able to know himself more and learn more about commitment in one’s work.

“Marami po akong nadiscover sa sarili ko with this movie. And I’m so happy I was able to work with these people and director,” he said.

“Hello, Love, Goodbye,” which features Richards and Bernardo in their first team-up, will premiere in cinemas on July 31, 2019.