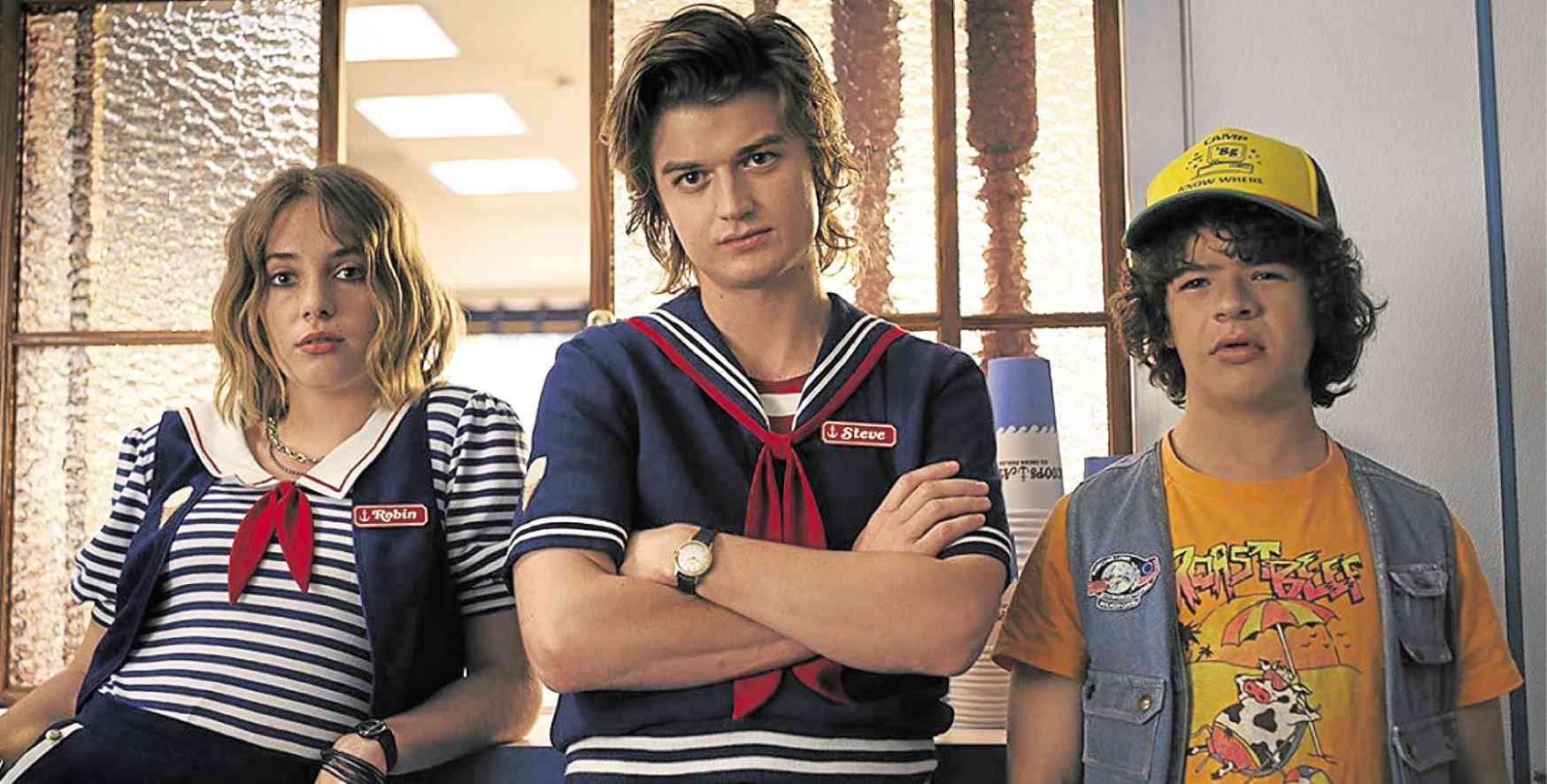 There’s a nice mishmash of genres in the third season of “Stranger Things,” more clearly bringing together a palatable take on science fiction, slasher and action themes for the ’80s-set show. But it isn’t quite the same anymore—and that’s mostly a good thing. (Spoiler alert.)

It’s 1985, and the geeky kids of Hawkins, Indiana, are back, this time with returning and altogether new foes, including perhaps their toughest one yet: growing up.

Lucas (Caleb McLaughlin) and Max (Sadie Sink) have become closer as well, while Dustin (Gaten Matarazzo), back from science camp, claims to have a girlfriend who’s “hotter than Phoebe Cates.”

The fourth boy, Will (Noah Schnapp), is disappointed in his friends because they don’t seem interested in playing Dungeons and Dragons with him anymore.

Hopper’s fatherly intervention eventually sets up rules for Mike and Elle’s relationship, limiting their time together. She and Max soon become close friends, the latter helping her further find her own identity. Max introduces her to fashion, fun times at the mall, even feminist heroine Wonder Woman—stuff she never learned from her guy pals.

Meanwhile, Mike’s older sister Nancy (Natalia Dyer) is now an intern at the town newspaper, while her boyfriend Jonathan (Charlie Heaton) is its intern photographer. They investigate a case involving some rats’ changing behavior, but her initiative is ridiculed by the old men in the newsroom. 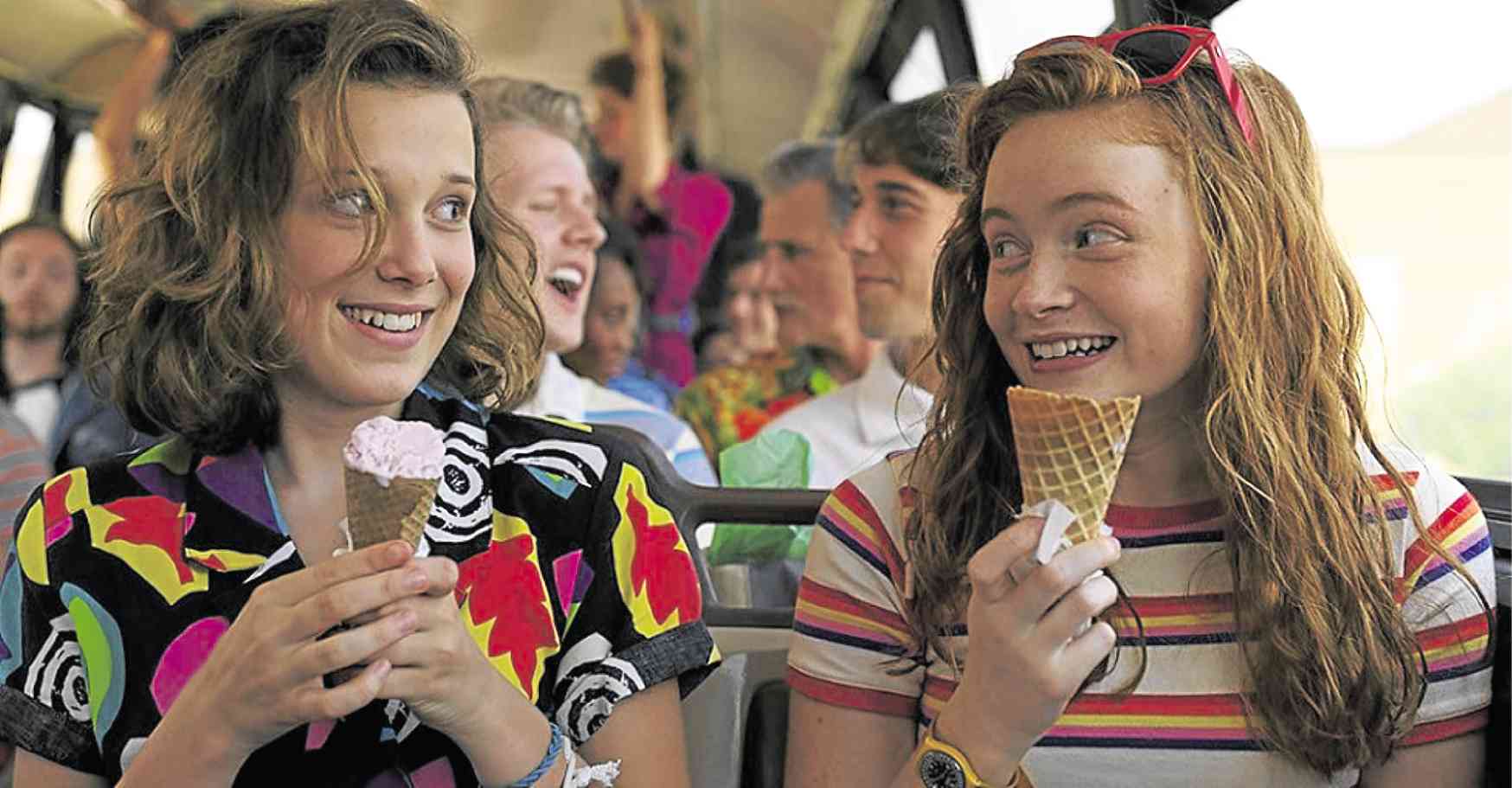 Hopper and Will’s mom Joyce (Winona Ryder) go on a separate investigation themselves, suspecting something amiss in a closed facility previously run by the covert organization that affected both their families’ lives.

And Max’s older brother Billy (Dacre Montgomery) meets a sinister force that makes him an even more dangerous and despicable person.

“Stranger Things 3” is made busy with these seemingly separate threads that are later woven intricately, just like in previous seasons. And while the girl-power bent was obvious with its female characters in the past, these new episodes more openly empower the psychic-telekine Elle, the aspiring journalist Nancy, the tomboyish Max, the generally concerned mom Joyce, and two other characters: Lucas’ sassy little sister Erica (Priah Ferguson) and the snarky but resourceful Robin.

From Max teaching Elle to not depend on guys, to Nancy’s mom convincing her to fight for what she wants in a man’s world—this show certainly makes use of its reach to empower its female viewers, especially in a time when misogyny and abuse are prominent issues.

It still roots for the underdog, and it’s especially heartwarming to see Steve’s ongoing redemption arc—he’s turned from heel to hero rather impressively.

The pain of growing up is also evident in Will’s own storyline. When Mike tells him, “It’s not my fault you don’t like girls,” it could be interpreted two ways: Will is clinging on to his innocence, and dislikes girls in a “Little Rascals” way. Or it could mean that he’s gay, which has long been speculated on by fans. Either way, his disillusionment at keeping his friends from going their own ways is heartbreaking.

It’s a strong season, the colors and trends of the decade vividly captured in many shots, and the era’s zeitgeist in its catchy pop music (Madonna, Corey Hart, Wham, Limahl, et al).

Despite the sublime things, though, some parts have gotten strangely worn out—like Eleven’s usual scowly, power-display schtick, with everyone else arranged like a class picture behind her. Also, the Hopper-Joyce sexual tension is contrived and gets tiring after a bit.

Still, no matter how often this growing “family’s” world is turned upside down by The Upside Down this season, its renewed focus on growth and change often strikes a chord.